She Did It Again? Kourtney Kardashian Admits To Pulling Out Penelope During Birth 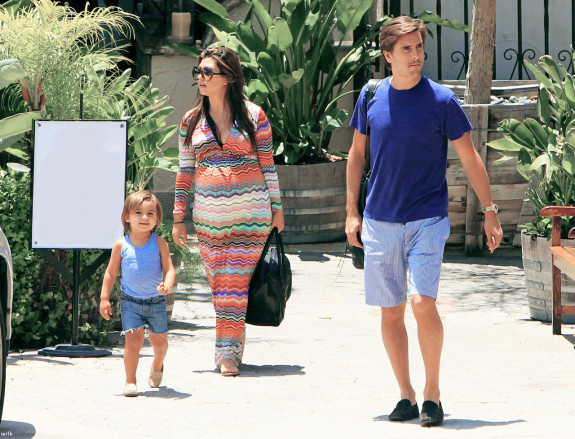 Wow – Kourtney Kardashian has one hell of a… you get the idea. The reality star has admitted to UsWeekly that while giving birth to her second child Penelope Scott Disick, she reached her arms out to pull the little one out. Now, that shouldn’t be too shocking to hear, knowing that her first born Mason Disick had the same treatment – he was also pulled out, while Kourtney looked very relaxed.

“I did! She was coming out, and I was thinking, I should pull her. With Mason, I had no idea I was going to do that. This time, I thought, ‘This is what I’m supposed to do’. Our doctor has grown fond of that manoeuvre, and we’re fond of it too. When I first saw her little face, it’s just so crazy! It’s really exciting. She has the Kardashian eyelashes!”

The most-shocking thing that Kourt said may have been that she’s not sure if she wants to air another birth on their family show, Keeping Up with the Kardashians – like Mason. Knowing that the Kardashians love publicity, do you really think she would say no to a ratings booster? Well, she says: “I don’t know yet. We taped it with our cameras, and Scott was taping some of it on his iPad.”

Keeping Up With the Kardashians continues Sundays on E!