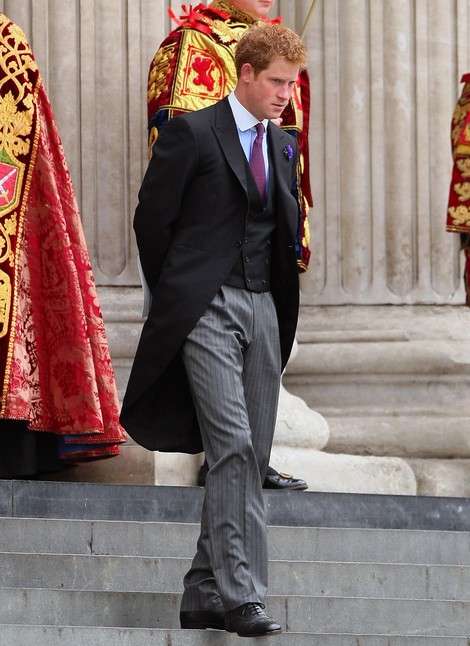 Prince Harry decided to bare everything in Las Vegas this weekend during a raging party that involved a game of intense strip billiards. Based off the photos, it looks like Harry lost everything — mainly his clothes.  Now Harry’s late mother, Princess Diana’s former bodyguard is warning Prince Harry about the risks he is taking with his personal life.

The bodyguard cannot believe that Harry did not notice that someone was taking pictures of him during his naked romp.

“This time it was a camera – next time it might be a gun,’ says Ken, 64 to Now Magazine.  ‘It’s hard to tell the Royal Family what to do. But the one person who could have stopped Harry was his policeman.  ‘I’d have told him it wasn’t a good idea to have those women in his room – and I’d have banned mobile phones at the door.”

The ex-bodyguard does not think that Harry’s security was the cause of the incident.  He wants Harry, who is an adult, to take responsibility for his actions.

The palace has not commented on the pictures yet, but Harry has been called back to the UK and it is expectedhe will be reprimanded for his actions.