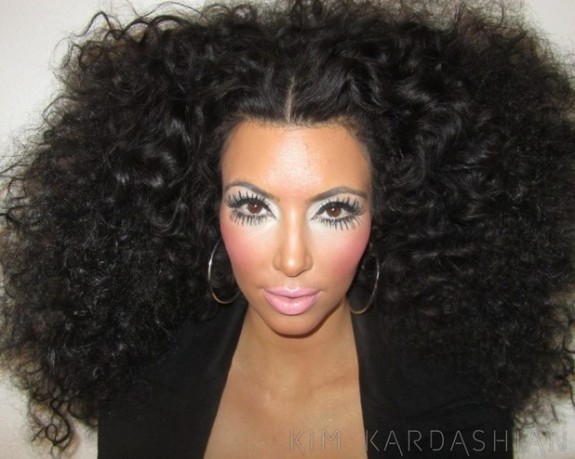 Kim Kardashian is now looking to follow in a legendary singer’s footsteps – when it comes to modeling, anyway. Kardashian recently posted these pictures on her official website, showing a much different side to the reality star as she shows off her inner disco style, looking identical to 70’s musician Diana Ross.

Hype Williams, the director of Kim’s video for ‘Turn Me Up’ which never got released due to bad sales, took the lead in the photo shoot and shot these pics. Kim had the following to say on her site: “Here are pics from behind the scenes of a shoot I did with Hype Williams. Clyde Haygood and Joyce Bonelli glammed me up and we went for a fun, crazy look, channeling Diana Ross. Definitely a new look for me. Xo”

The hair seems incredibly big, just like Diana… and the makeup is pretty much on point too. Could you imagine Kim becoming a superstar in the disco genre of music? We certainly can not. Ha!