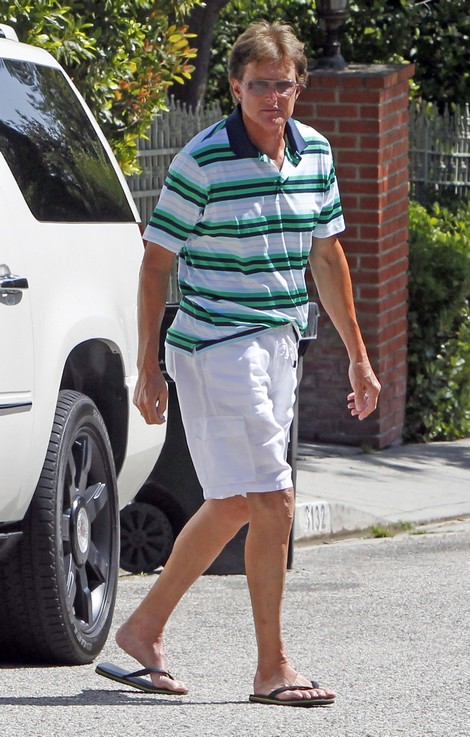 Old habits die hard, even when you’re married into the Kardashian family.  Bruce Jenner recently revealed to Heat Magazine that some items of clothing he wears more than once before washing.  No, I’m not talking about suits and dress shirts here.  Bruce admits that in spite of having housekeepers and people doing his laundry, he regularly pulls items from the basket to wear!

“I got a pair of shorts that I wore the day before to work out, and now I’m thinking, ‘Can I get another day out of them?'”

I’m betting that this story will make his upscale wife, Kris Jenner, cringe more than any of the other crap that the rumor mill has spawned!  We all know that everything with the notorious momager is about fame and appearances, she has built the whole Kardashian brand using smoke and mirrors, so this tidbit will simply horrify her!

It’s kind of nice to know that at heart, Bruce is still just that elite jock though.  The fame and money hasn’t really gone to his head and he doesn’t really seem to care what others think of him- unlike his wife.   The couple appears to be going through a really rough patch lately and divorce rumors have been rumbling.

Do you think Bruce divulged this goodie simply to tick off Kris?  Was it meant to embarrass her by association to the press and fans?  Bruce seems to be a smart guy and he has to know that this quote would make her head spin!  Tell us what you think in the comments section below!