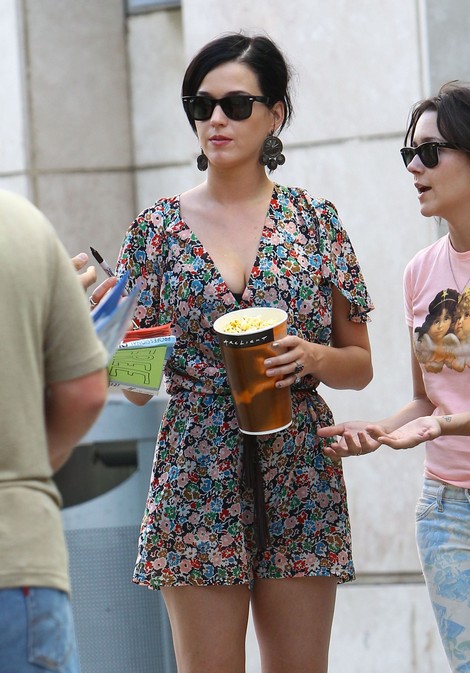 Mariah Carey’s going to be pissed!  Rumor has it that the big whigs at American Idol REALLY wanted to lure Katy Perry into a seat on the judging panel.  So much so, that they offered to pay her $20 million if she was willing to sign a one year contract with the show.  That’s significantly more than the $18 million that Mariah Carey has agreed to make in her first year as a judge for the faltering reality show.  According to Us Weekly, they really pulled out all the stops to try and convince Katy to sign on the dotted line.

Katy just recently decided to turn down the offer in order to continue focusing on her own career in music, leaving producers still scrambling to fill not one but two judging seats.  Randy Jackson is rumored to have shifted into more of a mentoring position, leaving a huge hole in the judge’s panel.  Several names have been consistently kicked around as possible replacements.  Last week we heard that Nicki Minaj is super-close to signing a contract with the show and Nick Jonas has tweeted about being in the running.  Pharrell Williams and Keith Urban are also said to be in contention.

Mariah Carey is the only one inked so far but she supposedly was reassured that she’d be the only woman judging this season.  She can’t be happy hearing some of these other names bouncing around!  Are you shocked that Katy turned down the offer?  Would she have made a great judge or are you happy that she’s going to focus on her own music?  Tell us your thoughts in the comments below!