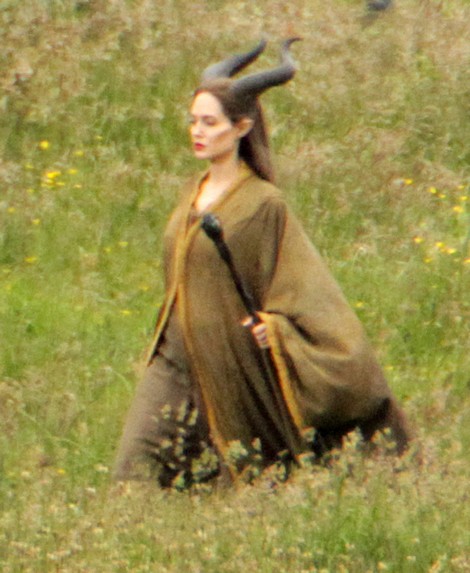 Angelina Jolie knew exactly what she wanted when she decided to set her sights on married actor, Brad Pitt and she had no intention of taking no for an answer.  We all know how she angled her way in and Brad split with Jen Aniston in January of 2005.

By April he had gone public with Angie and now a letter written by her dated August 2005 has been discovered.  It apparently was left behind on a private jet after visiting Brad on the Canadian set of “The Assassination of Jesse James by the Cow­ard Robert Ford.” According to the letter the two had split for awhile and Brad was rethinking his decision to leave Jen for Angie.

The National Enquirer has exclusive information, “In the letter, Angelina told Brad that soon after they met, she knew he was the only man that she wanted to have babies with,” an insider revealed. “She also said it was unfortunate that people were already hurt, but it was fate that they’d be together, and what they had was bigger than anyone or anything – Jennifer Anis­ton included! Angie wrote that she wasn’t worried as she knew he’d come back to her because they were soul mates,” continued the insider.

“She made it clear she knew she was the puppet mas­ter.” A pal of former “Friends” star Jen added: “Given some time, Jen and Brad may have been able to work things out. But this new information shows Angelina was never going to allow that to happen. Whatever Angie wants, Angie gets.”

Do you think this letter is authentic and written by Angie?  It’s not to surprising, given her confidence, to learn that she truly believed she could control things with Brad.  Do you think she still pulls his strings now, seven years later?  Tell us what you think in the comments below!