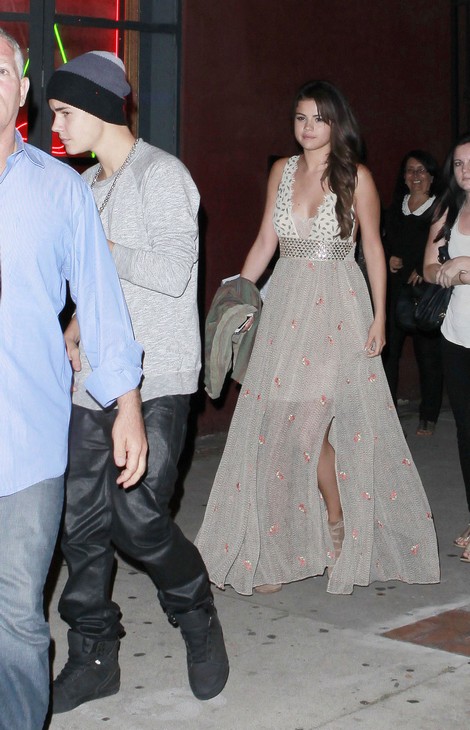 Justin Bieber and Selena Gomez headed out to a show in West Hollywood yesterday for their version of an intimate date.  Selena looked casual chic in a beige maxi dress and boots.  The same cannot be said for Justin who dressed down for the occasion.

Rumor has it that Selena is rethinking her relationship with Justin.  She feels Justin is changing into someone she does not know anymore.  She feels that Justin’s head has gotten a little too big, he is really letting the fame change him.  She also things Justin is trying to get a bad boy image and she is concerned about how far he will go to accomplish that.

The only thing that is stopping Selena from taking a break from Justin is fear of reprisal from his fans.  As we all know Beliebers can be crazy.  She is also nervous that the new “Justin” may expose some of her secrets she does not want known.

This is not really a huge surprise since clearly Selena is much more mature than  Justin.  In the past couple of months Justin has been caught quite a few times behaving like a brat.  What do you think should Selena kick Justin to the curb