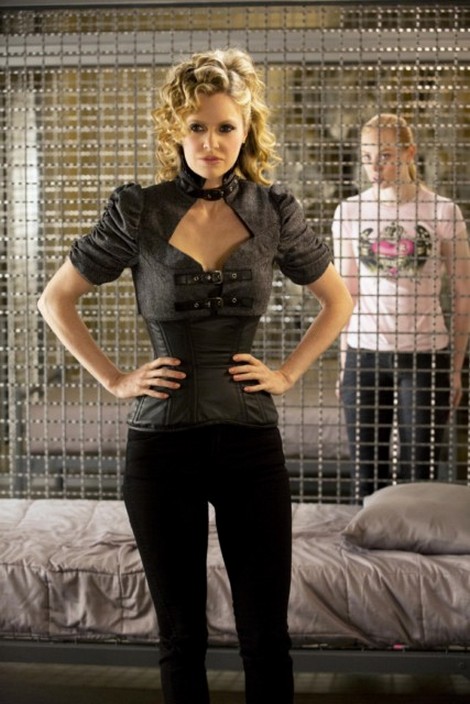 Sad news Trubies, tonight is the finale of season 5 of True Blood and tonight’s episode is called ‘Save Yourself.’  It is hard to figure out exactly who has to say themselves tonight with so many lives in jeopardy.  Nearly every character is in a sticky situation, one that could very easily result in a vampire explosion, fairy explosion, shapeshifter explosion, or plain ol’ boring human explosion. Regardless, there’s going to be blood.  It also seems likely there is going to be a huge cliffhanger!

On tonight’s show Eric is going to embark on a final, desperate mission to overthrow the Authority and save Bill from losing his humanity.   He is going to try to enlist Sookie’s help because he truly believes Sookie is the only person who can get through to Bill.

Andy is going to face the consequences of a light pact he made.  Alcide will get ready for a second showdown with JD. Sam and Luna are going to test their limits in trying to escape the Authority.

Tonight’s episode is going to be another bloody exciting one, which you won’t want to miss. So be sure to tune in for our live coverage of HBO’s True Blood — tonight at 9PM EST!  While you wait for our recap, hit the comments and let us know what you thought of True Blood season 5!