Mel C Recalls The Day She And Mel B Had A Fight: ‘Geri Ended Up Getting Punched’ 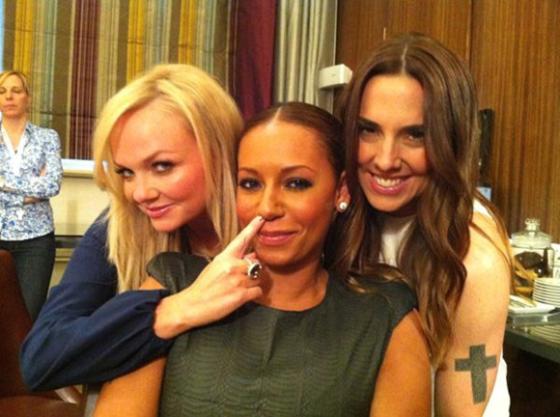 Former Spice Girls star Mel C has said that and Mel B got into a drunken fight one night that was so bad, when Geri Halliwell tried to break the two up, she got punched in the face too. All five girls have never denied that despite their success, there was always tension between them on who would wear what, who would go to that event – which in the end resulted to Geri leaving the girls back in 1998 to branch out into her own solo career.

In a recent interview, when asked if Mel had ever gotten into a serious fight with one of the members of the group, the singer explained: “Me and Melanie had a fight once,” she told Fabulous. “We were too drunk. We got a bit pushy, shovey and Geri stepped in the middle to break it up and ended up getting punched in the face. Then Melanie went off to be sick, and because she’d been drinking too much port she accused me of making her bleed!”

Mel hinted that she wasn’t that close with any of the other Spice Girls other than Emma Bunton (Baby Spice) who also lives in London. She added that it wouldn’t be such a good idea if the girls were all living “around the corner” as fights would definitely break out on a regular basis: “Myself and Emma were the closest, and that’s continued… I don’t think I’d want all the girls living around the corner, to be fair.”