Pink On Relationship With Carey Hart: ‘Our Marriage Will Never Be Perfect’ 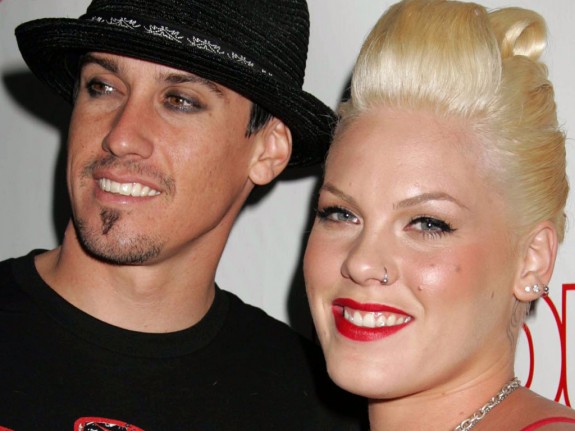 Pink‘s marriage to Carey Hart will never be perfect, according to her at least. The singer who is gearing up to release her upcoming studio album, The Truth About Love, has spoken out on her marriage life with her partner who she has been in a relationship for ten years.

Pink, who had filed to divorce her husband several years ago, never pulled through with it as she wanted to make things work – as you’d do when your married. And it seems that it was one of the best decisions she has done – Carey gives her inspirations for her songs, especially when she’s angry with him, and they welcomed a baby girl into the world last year.

She explains toBillboard: “I’m in a relationship that I’ve been in for 10 years and it’s never going to be perfect. Carey always jokes, ‘You’re always just mad enough at me to write a song’ [and I reply] ‘Yep. Thanks, baby, you’re my muse’.”

Speaking of her upcoming album – which she has already said will feature some heartbreak songs – she continued: “I was calling [my new album] an experiment until it wasn’t an experiment,” she revealed. “I had 40 songs and it worked out. I’m like a faucet – there’s nothing going on in my head when I’m [switched] off. I write in a journal and that’s it. But that first day in the studio just opened up the faucet. It’s funny. I wrote ‘Family Portrait’ when I was 21 and my parents divorced when I was 9, so I tend to hold on to things. I’m still exorcising some of those demons.”

She finished off with how her past material she has release no longer fits with the person she is today – so when friends and fans ask her to sings certain songs at concerts, she turns them down as she’s moved on from that chapter in her life: “[They’re] a huge part of where I am now,” she said. “It’s funny – my best friend, he’s always like, “When are you going to do ‘Hiccup’? Can we get some ‘Most Girls’?” I try so hard to fit them into my shows and they just don’t end up making any sense to me somehow. For this last tour I had this whole salsa number to ‘There You Go’ and it was going to be so beautiful but it just didn’t fit in. [I guess] I haven’t yet faced my fear of my first record.”

The Truth About Love will be released mid September! Are you getting a copy?