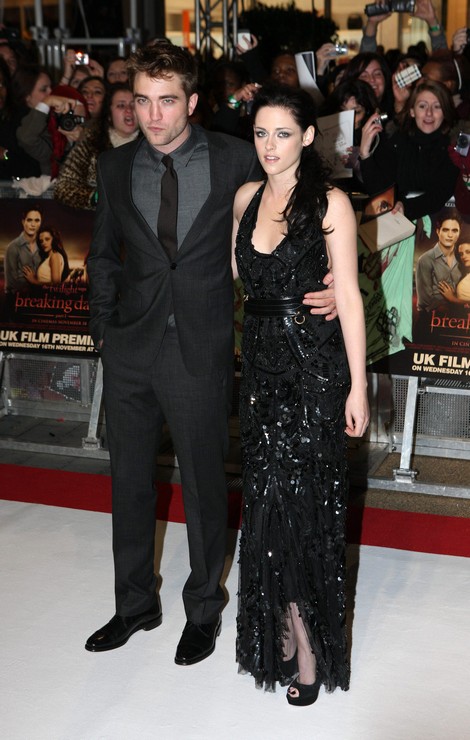 On the off chance that the tabloids haven’t covered every single moment of the Robert Pattinson and Kristen Stewart ill fated love story, you’ll be thrilled to know that a new book is on its way!  The Twilight Journey is heading to bookstores on October 2nd and it is intending to take Twihards back in time to chronicle the love story of Rob and Kristen. Ya’ know, before she was a lying, cheating, home wrecker that was plastered all weekly magazine covers?

This goes back to the time when Rob sparkled and Kristen pouted over her misfortune of being rich and famous.  In other words, the good old days when things were relatively easy for the couple and the biggest problem that they had to contend with was maintaining their privacy.

There’s no word yet on what kind of secrets this book will be revealing but it will take the fans back to when the couple was filming the Twilight series and no doubt there will be some great tidbits. What we do know is that it will include funny, intimate and candid interviews and that the book focuses on how Rob and Kristen went from relatively unknown actors to two of the biggest stars in Hollywood almost overnight. It will also include dozens of new photos, trivia questions along with book and movie guides.

I guess the big question is how it will end.  Will The Twilight Journey just focus on the couple during the five years of filming, or will it end with what we presume really is the end, Kristen cheating on Rob.  Will you be grabbing yourself a copy on October 2nd or are you sick to death of hearing about these two?  Tell us in the comments below!