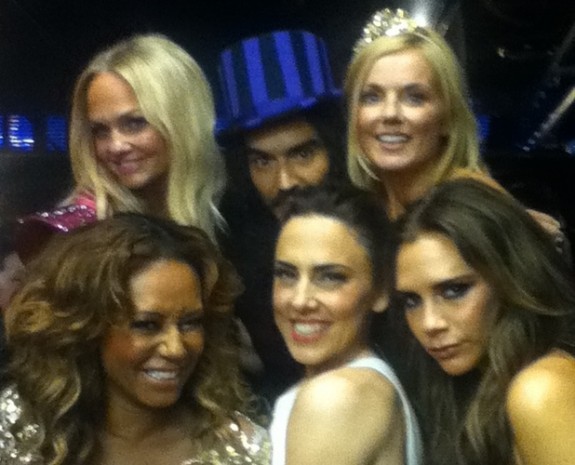 Russell Brand is reportedly dating former Spice Girls starlet Geri Halliwell. The two met at the Olympics closing ceremony where they had both performed their gigs before getting very cozy behind the stage. According to close sources, Brand has fallen for Geri and has already told his girlfriend Isabella Brewster that he no longer wants to be with her.

On top of all this, Brand is looking to move back to London to be closer to Halliwell. Now, we don’t know if this is actually true, as “these sources” can sometimes state nonsense. However, the two have been spotted several times out and about in London, while photos of them at the Olympics have also surfaced online.

And onlooker at the event told The Sun: “I thought it was the most random thing ever to see Russell Brand of all people in a place like that – until my wife pointed out he was with a Spice Girl. They seemed like they were having a really great time, holding hands and chatting – it was 100% obvious they were a couple. Geri was holding his hand the same way I hold my wife’s. It was so cute.”