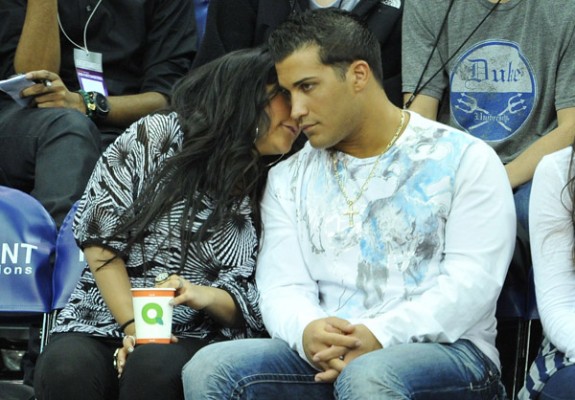 Snooki has some adjusting to do. If you weren’t aware, the former promiscuous woman – most famous for her role on Jersey Shore – gave birth to her son Lorenzo Dominic LaValle on Sunday morning in New Jersey. She has since returned home, and took to her Twitter on how her birth experience was, and to no surprise, Snooki isn’t very happy with her body right now, but she says her son makes up for it.

“Post-birth isn’t so comfy and glamorous. But my son is fabulous,” she wrote on her official Twitter page. “Being a mum is an amazing feeling! I love my little man to death! Jionni is such a cute dad.”

No word on if MTV were at the delivery room with their dozens of cameras to record the birth, because as we all know, that’s what’s going to get the ratings. Oh – and if you still have doubts on that, just ask Kourtney Kardashian who made her delivery episode become the most-watched episode of Keeping Up With The Kardashians in season 4.

Whatever the case, believe it or not but Snooki is already filming the second season of JWoww & Snooki and her son will definitely be making an appearance on the show midway through. Say what you want about the reality star, but she knows how to get that money! Ha. We’re not hating.