A Longterm Gay Lover of John Travolta’s Tells ALL! 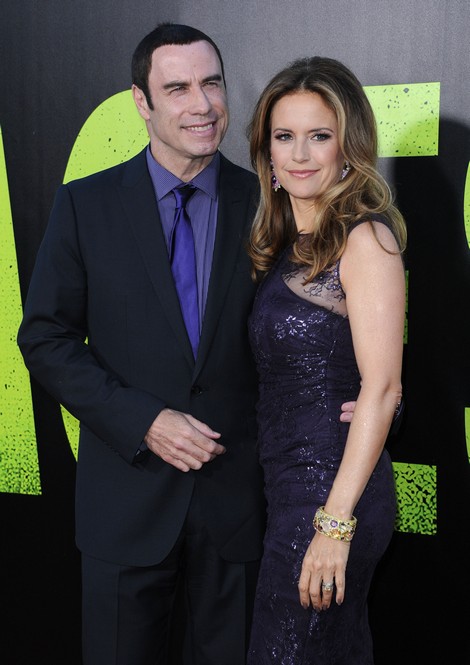 It must get harder and harder to stay married to John Travolta, with the onslaught of gay rumors that find their way into the weekly magazines.  The latest story to make headlines comes from a man named Doug Gotterba, who claims to have had an illict six year relationship with John that spanned the 80’s.  The two were introduced in 1981 when John was looking for a pilot and supposedly the two clicked immediately according to the latest issue of the National Enquirer.

“We flew into Monterey, Calif., and went up to the Highlands resort in Carmel,” Gotterba says. “We had a wonderful dinner with a fantastic bottle of merlot, and I got the sense I was being courted. “As we walked from the restaurant back to the room, John suddenly said, ‘Hey, would you like a massage?’ “I’d already prepared myself for something like that, so I said, ‘Sure, why not? I went back to his room, showered and came out wearing only a towel. John said, ‘Okay, like down here on the bed.’ He gave me a massage – and it turned into something else! “John was gentle, but very passionate. The next day, he told me with a big smile on his face, ‘I really enjoyed last night.’ And I told him, ‘So did I!”

Gotterba claims that the last time he saw John the actor was already married to Kelly Preston.  After friendly conversation, Gotterba decided he had nothing to lose so he asked John how sex with a woman was. According to him, “He looked me straight in the eye and said, ‘Well, Doug, I still prefer men!’

If Gotterba’s story is true then it’s similar to  what all the other men have accused John of, so maybe all of the claims are in fact true. How do you think his wife Kelly handles the situation with John?  Do you think she has been his willing beard for all of these years or does she really believe that everyone else is an opportunistic liar trying to cash in on her husband’s fame? Tell us your thoughts in the comments below!