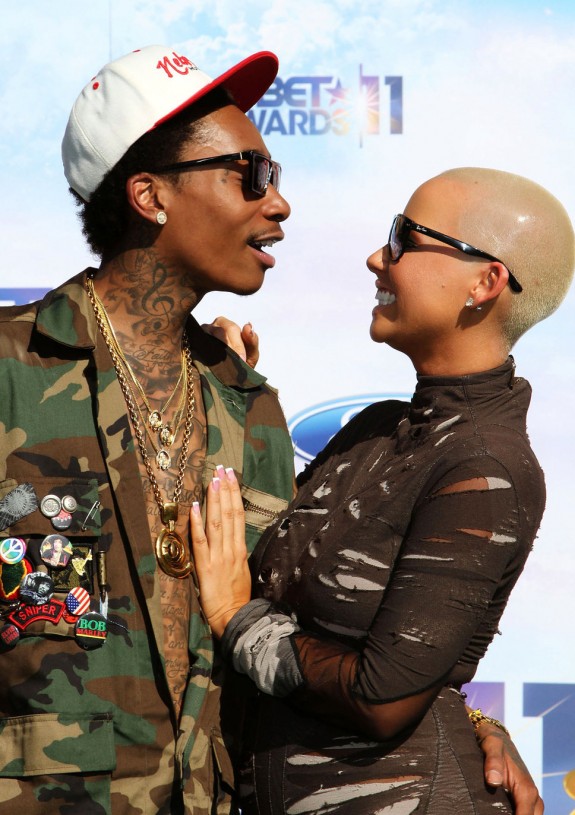 Amber Rose is reportedly expecting her first child to rapper Wiz Khalifa. The two who had met early last year were said to be “surprised” by the news upon finding out that Amber was pregnant, but nevertheless they are both extremely happy and ready to take on the role of mother and father.

A source exclusive told RadarOnline: “Amber and Wiz unexpectedly got pregnant, but they’re really happy to be starting a family together. Amber’s already had to make some big lifestyle changes, like not smoking cigarettes any more. As a model she’s used to having a thin waist, so this is going to be an adjustment for her.”

The couple announced their engagement in March 2012, but have yet to reveal their wedding date, but seeing that Amber is now pregnant, there are high chances that the wedding might not be happening this year. Perhaps next year? Congratulations to the two of them!