Jersey Shore Comes To An End: What The Cast Is Saying About It 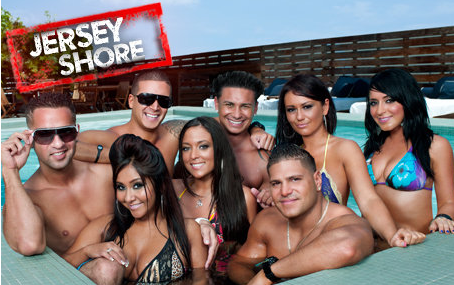 MTV has officially confirmed that they will not renew contracts for the cast of Jersey Shore as they want to move on to new projects. The news didn’t seem so shocking, seeing that Snooki was pregnant in the sixth season – airing later this year, The Situation remained sober due to his recent stint to rehab. A lot of people were questioning if the latest season would live up to what the others have been.

And that question can not be answered until October, when it airs on TV, but one thing is for sure, this is the last season and a lot of people are upset about it, including the cast who were informed the same time everyone else was. Cast members such as Pauly D, Snooki and Ronnie took to Twitter to thank the people for their support and making the show become so successful and going out on a high note. (Note, The Sitch is currently in the UK’s version of Celebrity Big Brother and he hasn’t even been informed yet!).

“Yes, sadly it’s true. This upcoming season of Jersey Shore will be our last. But it was fricken INSANE. I will always love my roomies!”

“All Good Things Must Come To An End, But #TeamDJPaulyD Lives On And It’s Just Getting Started !!! Tweet I AM #TeamDJPaulyD If You With Me”

“It’s been one hell of a ride but this is just the beginning! Thank you all for your love & support throughout the seasons!! These memories will never be forgotten!!”

“I can always go work for Danny at the Shore Store! LOL”