Cher Lloyd Goes Paltinum With Her Hit Single ‘Want U Back’, And Announces Next Song Release 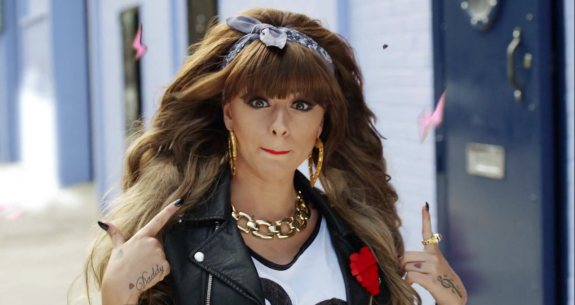 Cher Lloyd has done the unthinkable, and the reason why we say ‘unthinkable’ is because back in the UK, people did not believe she would be able to crack United States. Back when Cher was on X Factor, along with One Direction in 2010, she was one of the most-hated contestants on the show, when the media revealed nasty stories – being a bully in High School, growing up as a gypsy, and threatening people on the show.

But… despite all of this, she still managed to scoop a record deal with LA Reid’s Epic Records and soon after, she released her first US single named ‘Want U Back’. That song has now been certified platinum, meaning it’s sold 1,000,000 copies in America, making her one of the best-selling British females to break into the States.

Alongside the jolly good news, Lloyd has confirmed that her next single will be With Ur Love. Note, how all of her songs seem to be spell ‘you’ as ‘u’. Ha. But whatever the case, the song features Mike Posner and will definitely be another catchy song that young girls will spend their pocket money on. Hopefully she’ll do well with this song too!