Rihanna Nearly Kicked Out Of Nightclub Before Telling Bouncers: “Do You Know Who I Am?” 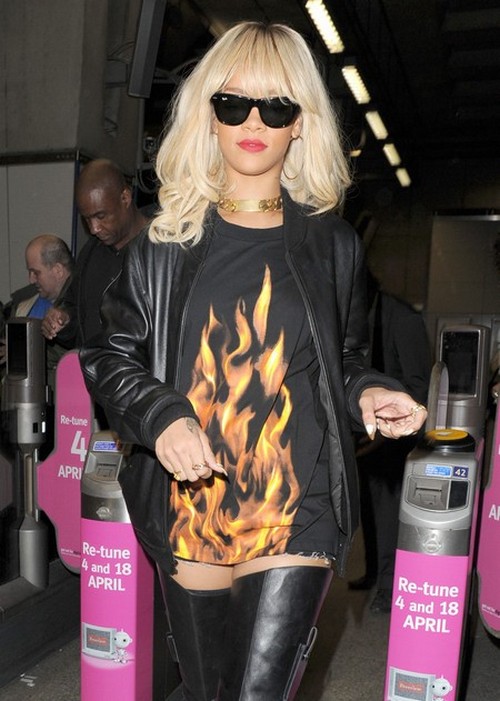 Rihanna is one bad ass chick. The singer who is currently in London to promote her latest show Styled to Rock in Britain, has been living up to her bad reputation when she headed over to a nightclub with friends, to then find out that she would later on be asked to leave immediately due to her outrageous behavior.

According to The Sun, Rihanna was so out of it, she jumped on a table and later ended up breaking it. Then, when security started questioning the RocNation artist, she started screaming “Do you know who I am”, clearly suggesting that because she’s a celebrity, she should be given the royal treatment and do whatever she wants. Well that wasn’t the case.

“Ri was telling the bouncers to get off and there was a scuffle. I don’t think they recognized her,” a witness told the newspaper. “They were trying to eject her when her girlfriends starting screaming, ‘That’s Rihanna, you idiots!’ Before they got to the exit doors, they realized their mistake and the club manager ordered free drinks for the table. And a new table, of course,” added the source.

Ri will be jetting out to Los Angeles later this week, as she prepares for her live performance at the Video Music Awards on Thursday. Rumors has it that Chris Brown will join her on stage, to show the world that they’ve move on and that they can still get along. Or as we call it… friends with benefits!