Carrie Reichert Dishes On Her Drunken Party With Prince Harry 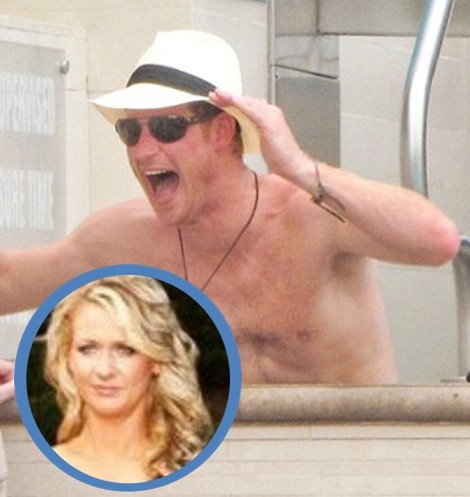 Prince Harry decided to bare everything recently in Vegas  during a raging party that involved a game of intense strip billiards.  Now one of the women who partied with Harry,  Carrie Reichert has decided to dish all the details of her drunken party with Prince Harry.  No big surprise here, it is only a matter of time before more come forward.  Can you image how much $$$ the girls will be paid to dish all?

The first to come forward is British born Carrie who claims she spent 20 minutes alone with the drunken Prince in his bedroom.

Carrie claims: “We kissed, he was naked at the time, and pretty open. It was a drunken fumble. It wasn’t romantic, just fun. He was a gentleman, but he was so wasted. The alcohol affected him. I was there for 15 to 20 minutes.”

Carrie claims that one of Prince Harry’s people approached her to party with Harry and of course who would say no to partying with a Prince.  Carrie and about 10 other girls were taken to the VIP room.  When Carrie got to the room there was music, dancing and the alcohol was flowing.  Carrie claims that Prince Harry was completely wasted and very intoxicated.