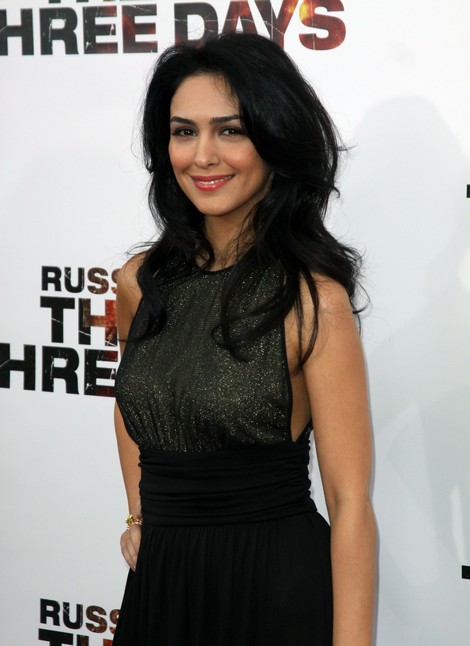 I guess this is not such a big surprise!  Reports are claiming that when it was time for Tom Cruise to find a new girlfriend the Church of Scientology auditioned suitable candidates.

The report made in Maureen Orth’s piece in Vanity Fair claim that when Tom’s relationship with Nicole Kidman fizzled out the church chose How I Met Your Mother actress Nazanin Boniadi.

“Initially she was told only that she had been selected for a very important mission. In a month-long preparation in October 2004, she was audited every day, a process in which she told a high-ranking Scientology official her innermost secrets and every detail of her sex life. Boniadi allegedly was told to lose her braces, her red highlights, and her boyfriend. According to a knowledgeable source, she was shown confidential auditing files of her boyfriend to expedite a breakup. (Scientology denies any misuse of confidential material.) The source says Boniadi signed a confidentiality agreement and was told that if she “messed up” in any way she would be declared a Suppressive Person (a pariah and enemy of Scientology).”

Tom eventually couldn’t take her anymore and had one of his minions break up with her and now she’s selling L. Ron Hubbard’s Dianetics on street corners. No seriously, that wasn’t a joke! Apparently Nazanin wasn’t A-list enough for Tom. He said he “wants someone with her own power—like Nicole.” I guess you don’t get to be Tom Cruise without being a little snobby… and bat sh-t crazy. Naturally, Tom and all his people are denying this kind of stuff goes down and naturally I totally believe it! Tom was all over Katie Holmes when they first started dating but she was willing to play along. I’m sure Miscavige would have wanted a Scientology A-lister for Tom instead of Katie but are there any of them out there?

Tom is a decent looking dude, it is too bad he is such a nut bar.  He could easily find another girl if he were more normal.