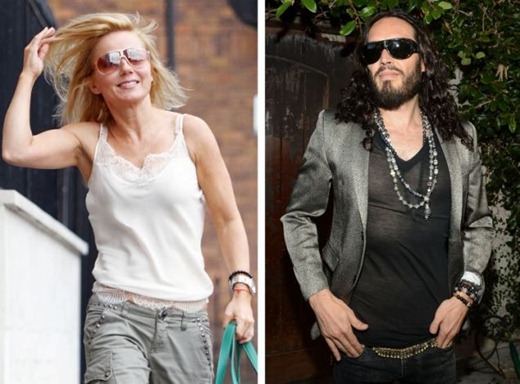 Geri Halliwell, or as most of you may know her as Ginger Spice, has not denied nor confirmed reports that she’s dating comedian Russell Brand – but the way she phrased her sentences seems that the two are indeed dating.

The couple got things going after they met at the Olympics Closing Ceremony where they had both been scheduled to perform. Soon after, the two were spotted at each other’s homes and walking out and about in London.

Now, Geri has finally opened up about the alleged relationship. And it’s clear that she wants to keep this a mystery from her fans and the media, even though many have already guessed that Russell Brand wouldn’t be coming over to her house late in the evening for a cup of coffee, would he? Ha.

"It’s been a whirlwind," Metro quotes her as saying. "All I want is to be in a loving relationship.
"Is he my ideal man? I’m choosy. I want someone who’s trustworthy, sweet and kind."

She may not want to reveal that she’s dating Brand, and we respect her privacy. Good on you Geri, seeing that 10 years ago, you loved having your life out in public, having everyone know what’s going on in your private life. Of course, now she has a daughter so she tries to avoid embarrassment. Ha.