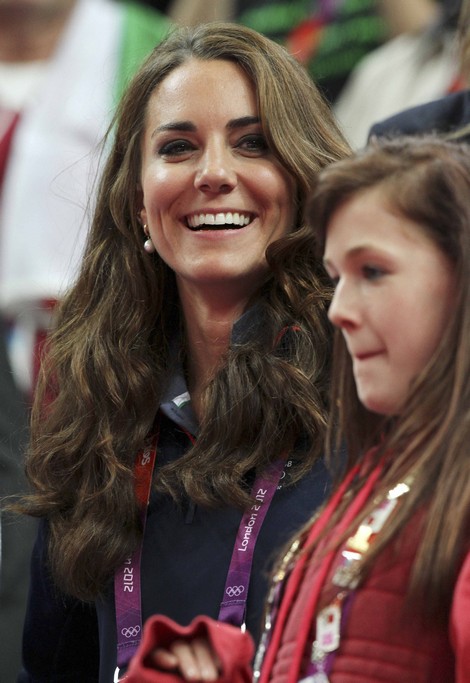 Yesterday at the Paralympic Games Iranian discus thrower Mehrdad Karem Zadeh refused to shake Prince William‘s wife Kate Middleton‘s hand when she presented him with a silver medal at the event.  It all went down in front of 80,000 people at the Olympic Stadium.  Mehrdad bowed when he was given the award but clutched his hands to his chest as poor Kate, 30, stood in front of him.

The express reports, “Sources said the athlete had refused a handshake for “cultural reasons”. Physical contact between unrelated men and women is forbidden in Iran and other conservative Muslim societies.  The Iranian Paralympic delegation told officials that Zadeh would have shaken hands if the medal had been presented by a man.

This was Kate’s first official duties during the games.  Rumor has it that Kate was made aware that Mehrdad would not shake her hand before the event.  Regardless of what happened, Kate was honored to be able to present medals to the athletes.

What do you think of this?  Should religious and cultural rules play a part in the Olympics?  Hit the comments and let us know your thoughts!