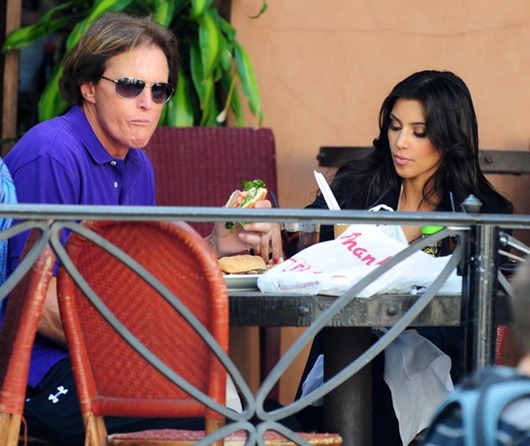 Bruce Jenner has not liked Kanye West since the day the rapper walked into his home to be welcomed by Kim Kardashian and the rest of the Kardashians. Jenner, who has been very vocal over Kim’s recent relationships – including her failed marriage to Kris Humphries – feels that Kim keeps getting into bitter break-ups and divorce battles because she’s a sucker for love.

However, Kim doesn’t agree with Bruce, and despite the fact that the two have talked and talked about the situation over and over again, Kardashian has made it clear that Kanye isn’t going anywhere. This has caused such tension in the house that the two are no longer speaking with each other – Bruce does not appreciate Kanye in any way – especially after he called Kim his “perfect bitch”.

National Enquirer quoted a source close to Jenner, saying: "Bruce didn’t like Kanye from the start… He told Kim she’d better take a serious look at all her failed relationships – and figure out why she keeps falling for the wrong type of guy."