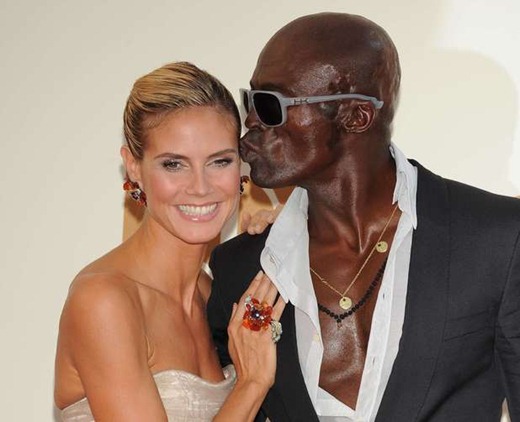 Seal, what are you saying? Nobody knows anymore. Or perhaps he had been drinking that day and got his words mixed up. Ha. Maybe not. Singer, Seal, has suddenly denied reports that when he said his ex-wife, Heidi Klum, could have been more classy in their relationship, he was not implying she was cheating on him.

Heidi has since been linked to her bodyguard, who has protected Klum for several years. The two supposedly bonded months ago and have been together ever since, which was once of the reasons why Heidi wanted to get out of her marriage, according to sources. So when Seal had said what he did, it only proved the point that sources had been making.

However, in a statement that was released from Seal’s team, it quickly denied it all by saying: "Seal would like to clarify that he was not implying his wife was cheating while they were together, but he was merely pointing out that their separation and divorce were not final and they are still legally married."

Meanwhile a close friend to Heidi told People: "It is sad that [he] has to resort to false accusations."