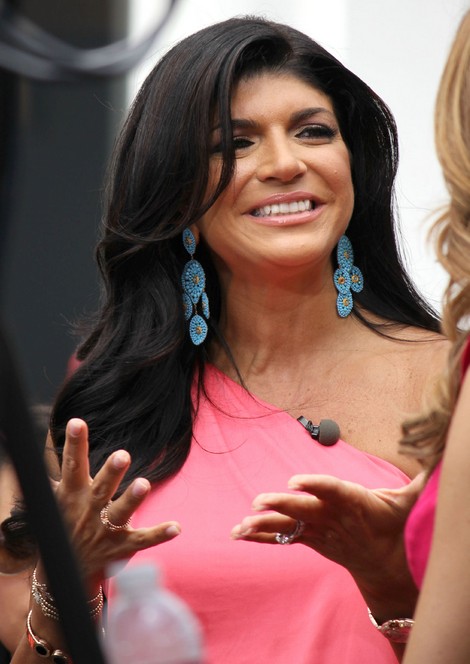 Teresa Giudice claims that she is the star of Real Housewives of New Jersey and not the other members of the cast.  As a matter of fact Teresa is not friends with the other Housewives she actually despises them.

Reality Tea alleges: “Teresa gloats at the fact Melissa [Gorga] is nothing more than a cast member. She isn’t the break out star she thought she would be. Teresa feels that Melissa is just one big joke. Teresa is out and about at appearances and book signings and Melissa is singing at Great Adventure.”

Melissa Gorga hoped when she joined the show she would become the star but her plan did not work out and Teresa is really still the main focus of the show. Teresa mocks her sister-in-law Melissa she says she is only a cast member.

It also seems like the fame is going to Teresa’s head.  Teresa cannot seem to get along with anyone anymore, she is constantly fighting and is currently not speaking to any of the members of RHONJ.

What do you think is Teresa the show?  Has fame gone to her head?  Hit the comments and let us know your thoughts!