Christina Aguilera Says She’s Embracing Her Fuller Body Figure: ‘I Love That Now I Have A Booty’ 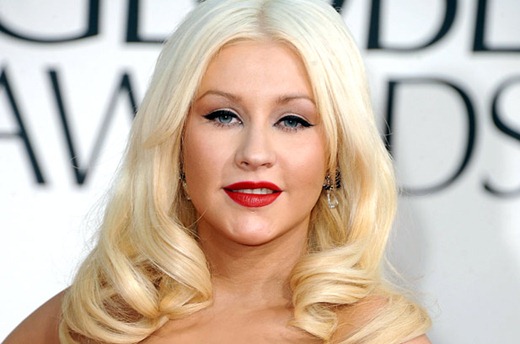 Christina Aguilera has spoken out about the constant media reports that call her “overweight” or “Miss Piggy” in Lucky magazine. The singer has become the latest target to be tormented ever since she started to put on a little more weight after her record, Bionic, was released.

She was at her heaviest during last year’s season of The Voice, where Kelly Osbourne had said she looked like a “fat b*tch” out of spite because Xtina had supposedly called the Fashion Police host fat back in 2002 – which is kind of silly, but that’s Kelly.

However, it seems that Christina doesn’t take any offense to what the media, nor Kelly Osbourne has to say about her as she makes it clear in the interview that she’s comfortable in her body and actually likes being more curvy. Once thing she praises the most about adding weight is that she finally has a bigger booty. She explained:

“Actually, the challenge I’ve always had is being too thin, so I love that now I have a booty, and obviously I love showing my cleavage. Hey, if you can work it and you can own it, that confidence is going to shine through.”