Did RHONY LuAnn De Lesseps’ Cheat On Her Boyfriend? 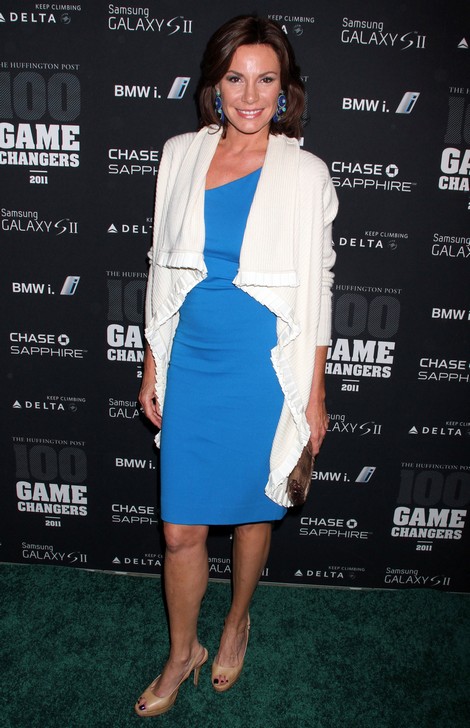 If you’re a Real Housewive’s of New York City fan then you absolutely saw this one coming!   Jacques Azoulay, much younger boyfriend to the fifty-something, LuAnn de Lesseps, is no longer trusting his lady love after Bravo pretty much broadcast her secret hookup while on location in St. Bart’s. The ladies visited the island in what was meant to be a girls trip and not long after arriving the trouble began. They were at a club where both Sonja Morgan and LuAnn were tripping over a younger man named Tomas’. The french speaking, Johnny Depp look-a-like, wound them both up and after a few shots he had the girls all half dressed onstage doing a pirate show with him.

Somewhere after midnight both Heather Thompson and Carole Radziwell heard LuAnn come stumbling back to her room, with french speaking company.  The next morning LuAnn tried to cover her tracks, but basically by weaving such an elaborate story she made herself look even guiltier. .

Radar Online has the inside line to Jacques reaction upon seeing the footage that Bravo aired.  “Jacques suspects that LuAnn cheated on him during the vacation as she was caught in a bold faced lie” a source close to the couple tells Radar. “She told him that she had run into her Italian friends at the nightclub and brought them back to the vacation rental house. However, she has admitted that she lied and didn’t bring Italians back to the house and that it was the Johnny Depp look-alike that was there, but hasn’t really offered any valid or logical excuses to Jacques.  LuAnn is blaming the producers of the show, saying they edited it to make it look like she cheated. Things are VERY strained between Jacques and LuAnn right now because he just doesn’t know if he can trust her. If she lied about just a mundane fact regarding who she brought back to the house, what else could she be lying about. Cheating allegations are nothing to laugh about in Jacques’ mind, and he is going to see the rest of this play out. LuAnn doesn’t want to talk about this anymore though and tries to change the subject whenever the cheating allegations come up,” the insider says.

It’s nice to see that Jacques is using his head here. He obviously must really love LuAnn because if he was latched onto her merely for the fame then cheating allegations probably wouldn’t faze him much.  LuAnn claims the dalliance with Tomas was simply a silly mistake but that’s crazy coming from a woman that just a few short months ago was contemplating fertility treatments in order to have a baby with Jacques!

Should Jacques take the high road and leave his lying Countess?  This relationship looks to be about over from where I’m sitting!  Tell us what you think in the comments below!