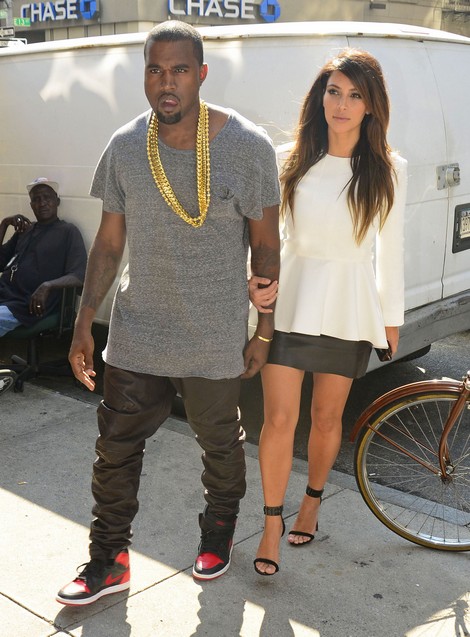 Kim Kardashian has awkwardly approached the subject of that infamous sex tape that made her a household name back in 2007. She has apologized and feigned embarrassment when having to speak of the video made with then boyfriend, Ray J. It’s supposed to be this taboo topic but I’m thinking Kim can’t feel too bad about it if she has approved of new boyfriend, Kanye West’s reference in his new song, Clique!

“Eat breakfast at Gucci. My girl a superstar all from a home movie.”  Raps Kanye.  The song is set to be released on Kanye’s upcoming album, Cruel Summer and the rapper seems to have made Kim his official album muse, as she is mentioned in at least three of his new songs.

Can you believe this family? It has been rumored that momager, Kris Jenner actually orchestrated the sex tape in order to bring her daughter a bit of attention. Something that in any other case would sound insane, but have you really paid attention to how Kris pimps out her daughters? Lending a bit of credibility to that notion, I think, is Kim allowing a current boyfriend to allude to a sex tape made with her previous guy! Only a desperate, fame seeking skank would approve of that move!

It just all comes down to the dollar signs for the Kardashians. No low is too low if the price tag attached is big enough.  Is Kim enjoying the most recent shout out by Kanye or has he gone too far?  Tell us your thoughts in the comments below!