One Direction Sign Multi-Million Dollar Deal With Pepsi Which Is Set To Make Them Global Superstars, According to a Report 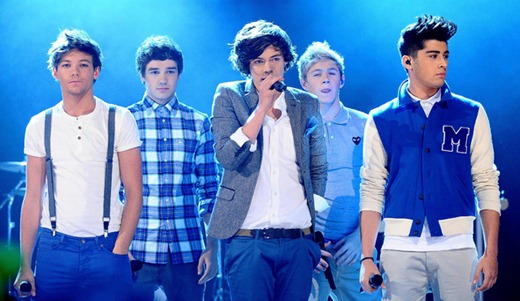 It’s clear that the X Factor really can find talent. Thanks to Simon Cowell, of course. Ha. One Direction have reportedly signed a multi-million dollar deal to endorse Pepsi products. The adverts that are soon to be filmed will involve all five members of the group, while the ads will be shown worldwide, which will gain them an overwhelming amount of fame.

It hasn’t even been a year since the group dropped their first album, but they have already managed to scoop a number 1 album, a top ten hit single with ‘What Makes You Beautiful’, performed at the Olympics Closing Ceremony, releasing an upcoming fragrance, a concert movie and so much more. Their estimated worth is $10 million… EACH! Combined, that’s $50 million from just 8 months.

“This is a huge deal for them in monetary terms, but even bigger for status as the coverage they’ll get from it is massive,” the source told The Sun. “They’re already stars across America, but this could catapult them to superstardom. They are very rich boys but they still have to grab the commercial deals when they come along, especially something as big as Pepsi. They’re not a band who can rely on royalties.”

1D will perform at the Video Music Awards 2012 tomorrow evening in Los Angeles, alongside Pink, Nicki Minaj, Rihanna and Alicia Keys – who have all been confirmed to take the stage.