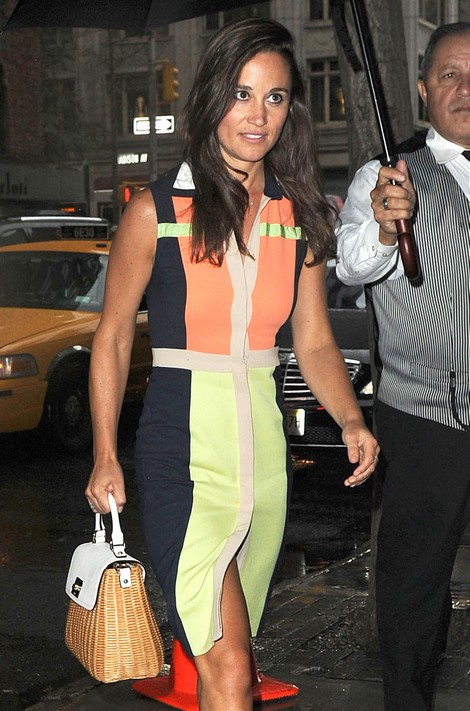 We were ecstatic to report a new Pippa Middleton sighting, and in one of our favorite places: New York! Pippa has been seen all over—on Long Island, at the US Tennis Open—and always in the company of Andre Balazs, whose net worth is estimated at $450 million, and who is the ex of Chelsea Handler (and with whom she is currently feuding over Andre!).

The pair enjoyed a game of ping pong that I am sure was filled with sexual tension. She was caught with her head on his shoulder at the US Tennis Open yesterday. Officially, Pippa is here to sort out a few odds and ends before the 30 October release of her new book, Celebrate: A Year of Festivities for Families and Friends. But it seems like she’s given herself plenty of time for holiday breaks as well!

Pippa left on-again-off-again boyfriend Alex Loudon in London. The 6’ 3” former cricket player reportedly ended their relationship because he couldn’t keep up with her “put it on the Ritz” lifestyle. It is no secret that they’ve been seen together since, and we can’t make head or tail of it: are they staying amiable because they cherish the friendship and trust they established? To confuse the “team Harry and Pippa” supporters? Are they still together?

You see the room for confusion!

But whatever the case, we can’t deny that Pippa seems to be getting very friendly with Andre! Not only have they been inseparable since landing, but Pippa has looked young and carefree the entire time. Perhaps she thinks that paparazzi photos don’t cross the Atlantic?

Sorry honey, but they do, and have! So if there is anything you’re hoping to keep secret from a certain cricket player, or Granny-in-law, the Queen of England, best start acting like a mature woman, not a lovesick teen impressed by sparkly cufflinks!

You’ve seen the pictures! Tell us what you think! Could Pippa and Alex still be together? Just taking a break? Will we be watching Pippa become Mrs. Balazs soon?