You Knew It Was Going To Happen: Brandi Glanville Takes A Shot at LeAnn Rimes 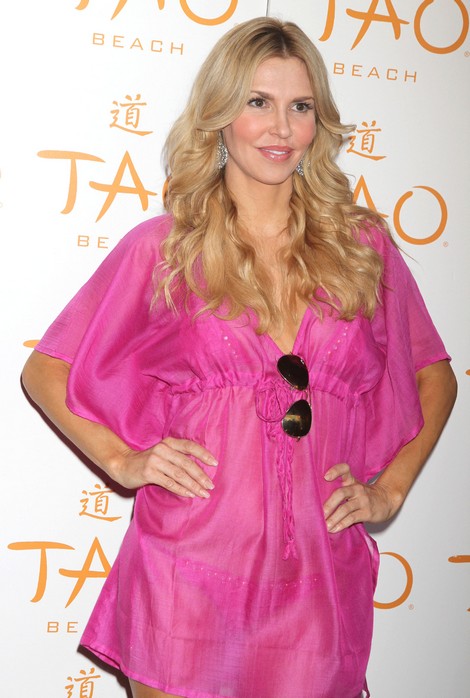 Oh c’mon now, you KNEW it was going to happen!  Last week when LeAnn Rimes decided that she couldn’t handle her charmed life any more and checked herself into a treatment center, Brandi Glanville momentarily took the high road and wished her luck and support. The woman have famously and publicly feuded for the last three years as Rimes freely admits to splitting up Brandi’s marriage to Eddie Cibrian. The actor later left Brandi and his two young son’s in favor of a life with LeAnn, something that has always been a bitter pill for Brandi to swallow.

As Brandi focused on her boys, LeAnn has focused on not eating and parading around in bikini’s in order to keep Eddie’s attention. Last week things came to a boil and LeAnn at first said that it was cyber-bullying that sent her into an emotional breakdown. Defending her home wrecking ways via Twitter has apparently become a fulltime job and even Eddie couldn’t tear her away from the drama. LeAnn went off to get mental help and her attorney said she’ll take legal action against one of her biggest bullies, a school teacher by the name of Kimberly Smiley.

On Tuesday night Brandi was dealing with a bit of Twitter drama herself and let two tweets drop that seemed to pay homage to LeAnn,

“Maybe I should sue you for this bullying tweet!! #owners**t,” followed by “If I sued every person that ever harassed me on twitter I’d be a GAZZILIONAIRE!”

I think part of the reason for this whole thing becoming a bit of a joke is because not long after the Twitter nonsense, word spread like wildfire that LeAnn melted down due to the belief that Eddie is now cheating on her!  I’m sure Brandi had a good laugh at LeAnn’s expense there and c’mon, hasn’t everyone heard the old saying- “If he cheats with you then he’ll cheat on you.”?  All the bikinis in the world can’t keep a man in line if his eye naturally wanders.

Are you glad Brandi took a shot at LeAnn? I know I am!  Tell us your thoughts in the comments below!