Kim Kardashian Hints That Kanye West Will Be Her Baby Daddy, Telling Barbara Walters: ‘The Relationship is Permanent’ 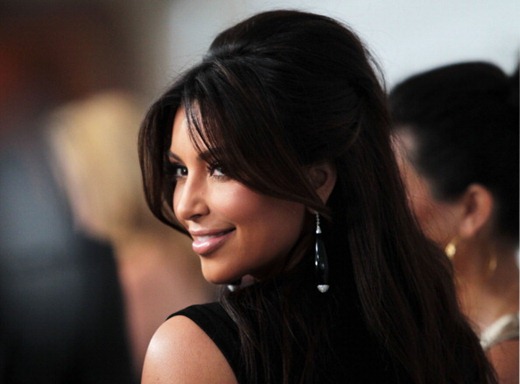 Kanye West, are you ready to live your whole life with Kim Kardashian? It certainly looks like she is. The reality-TV star made an appearance yesterday on The View in New York City, talking about the private life she says she wouldn’t take about. I guess she just can’t keep her mouth shut. Ha.

Whatever the case, Kardashian loves talking about her love life, and besides, you don’t say ‘no’ to Barbara Walters… ever. Upon appearing on the show, the questions went straight into her romance with the rapper, who is currently finishing up his upcoming studio album. Kim’s answers were straight forward, telling viewers that her relationship is permanent, hinting that Kanye will be her baby daddy.

“Technically I’m still married. [But] anything I’d be in now would be a permanent relationship.” When asked if she was referring to Kanye, she replied saying: “I hope so. I believe so.”

The subject then moved on to having a family, where Kim responded to: “At the space that I am in life now, kids are definitely something I want. I think I wanted that before. I think I fell in love so quickly and wanted that to be my life so badly but I just didn’t take the time to find someone,” the 31-year-old explained.

Keeping Up With The Kardashians continues on E! on Sundays!