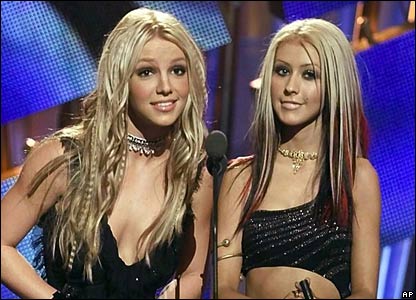 Simon Cowell is rarely one to keep his mouth shut, especially not when he is unhappy and NBC has really pissed him off. The peacock network has decided to air The Voice on September 12th, the same night that The X-Factor will make its premiere. According to Cowell there was a “gentleman’s agreement” in place between the networks to avoid the overlap and he blasted the move as being “cynical, cold-hearted” and an “unprofessional way of doing business.”

He also went on to revive the decade old fight between Britney Spears and Christina Aguilera saying,  “Britney’s not going to appreciate the fact that Christina – who has been a bit of a rival – isn’t allowing Britney to have a night of her own.  “The reason they’ve done this is they don’t want people to see X Factor because they’ve heard how good the series is. They don’t want their audience to see Britney Spears. They don’t want their audience to see Demi Lovato.”

I can see how the dueling programming is simply not cool, especially if a verbal agreement had been made but it’s hardly Christina’s fault that the network changed nights! I’m sure Britney won’t be happy to find herself in the exact same position that she has spent years of her career already in, competing with Christina for attention.  But it also sounds like Cowell is trying to stir the pot a bit here, knowing that any publicity is still publicity. Cat fights sell magazines and they suck in viewers!

So next week, who will you be tuning in to see- Britney or Christina?  Tell us your thoughts in the comments below!