The Competition Starts: Simon Cowell “Disappointed” In NBC As ‘The Voice’ New Time Slot Will Clash With X Factor 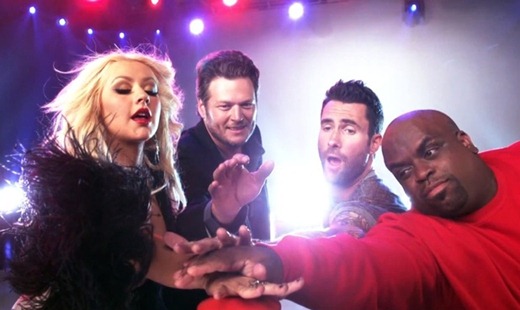 Simon Cowell has every right to be angry,- he is paying Britney Spears $15 million. So of course you’d want to get your money worth, right? Well, it might not happen anymore since NBC announced they were moving the time slot for one of their biggest shows – The Voice.

A two-hours show was planned to air on Monday on NBC, followed by another one-hour show on Tuesday. But, it seems that NBC bosses just want to cause some kind of tension as they’ve confirmed they are adding ANOTHER hour to their scheduling list, meaning that the following episode will air on Wednesday,- clashing with X Factor’s premiere date.

Cowell has made it clear that he’s disappointed in what producers of The Voice have done, and it’s certain that they want some kind of competition. But in all fairness, may the best show win? Well, Simon didn’t see it that way when he told TMZ:

Simon feels that NBC are playing “political games” with the viewers of the show and doesn’t agree with their actions. But, who will YOU be watching on Wednesday?! Let us know below.