What A Change: Jessie J Debuts Her New Hairstyle At The ‘GQ Men Of The Year Awards’ 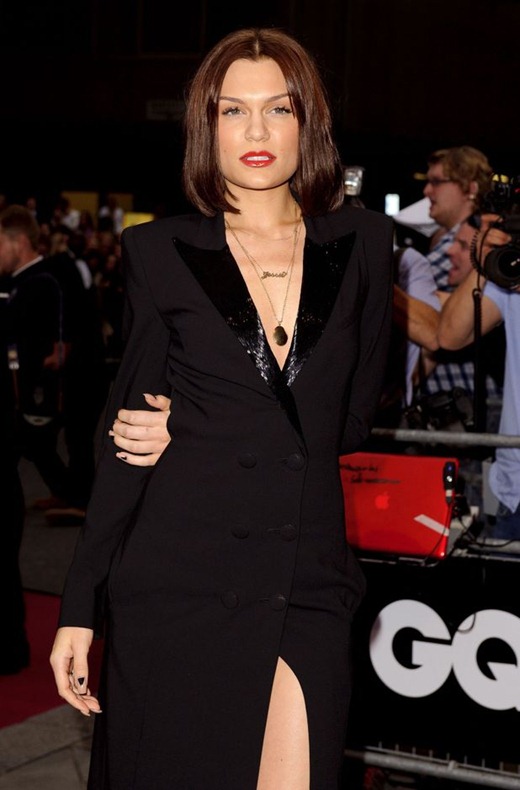 Jessie J’s hairstyle has changed drastically as she debuted her new hairstyle – a short brunette bob. She attended the GQ Men of the Year Awards wearing a tuxedo floor-length gown, which may be very unusual to many people, but it also makes sense seeing that she recently fired her stylist. She’s branching into something more unique – in a different direction.

The singer who performed at the Olympics Closing Ceremony with Tinie Tempah and Taio Cruz, had recently spoken about the image she had when she started to become famous. According to her, she felt like she started looking more and more like a transvestite and that was certainly not the look she was going for, so she decided to switch it up a little.

Jessie recently confirmed that she will be back for season 2 of the UK’s version of The Voice,- she was said to have been one of the favorite mentors on the panel, which included Tom Jomes and will.i.am.