Prince Harry’s Punishment: He Gets Sent to War After Embarrassing the Royals 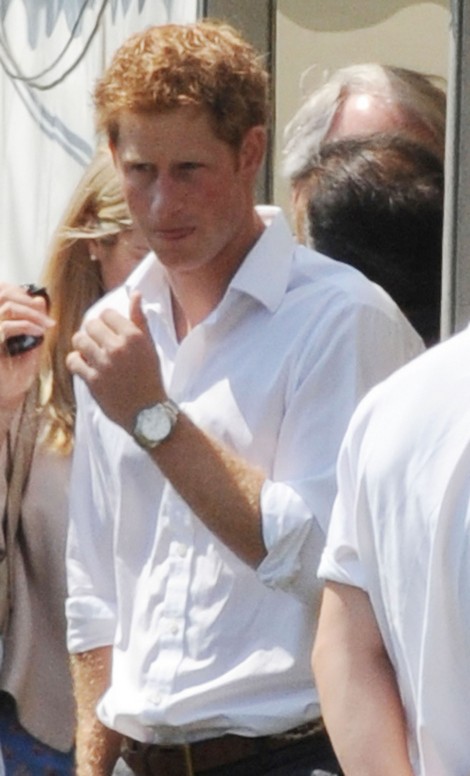 I guess this explains why the Royal Family didn’t say too much about wild child, Prince Harry’s recent missteps in Las Vegas- they already knew he was being deployed to Afghanistan!  Seriously, what punishment could possible match the fact that within a few weeks’ Prince Charles’ youngest son would be heading off to war anyway?  The 27 year-old arrived in Afghanistan this morning to start a tour of duty as a co-pilot of an Apache attack helicopter,. A spokesperson at St. James’ Palace offered this,

“He’s approached the deployment with a range of emotions like any other soldier and feels both pride and anticipation as he deploys for a job he’s trained for, for so long.  Prince Harry, like any soldier, considers it a great honor to represent his country in Her Majesty’s armed forces wherever it chooses to deploy him.”

I wonder if he was originally slated for Afghanistan or if it’s just where he happened to end up in order to teach him a lesson.  It was only a few short weeks ago that Harry was snapped butt naked playing pool in Vegas while also indulging in some very hard (read that as booze and cocaine) partying with numerous chicks. It caused an outrage amongst the Royal watchers’ as well as a feud between Kate and Pippa Middleton.  Pippa believed a double standard exists where Harry gets away with things while she is under a microscope and coached on how to behave.

Pippa has a valid point, at least until now anyway. She’s still sitting in luxury while Captain Wales must now fend for himself in the middle of nowhere! Do you think the deployment is a bit of punishment for Harry?  Tell us your thoughts in the comments below!