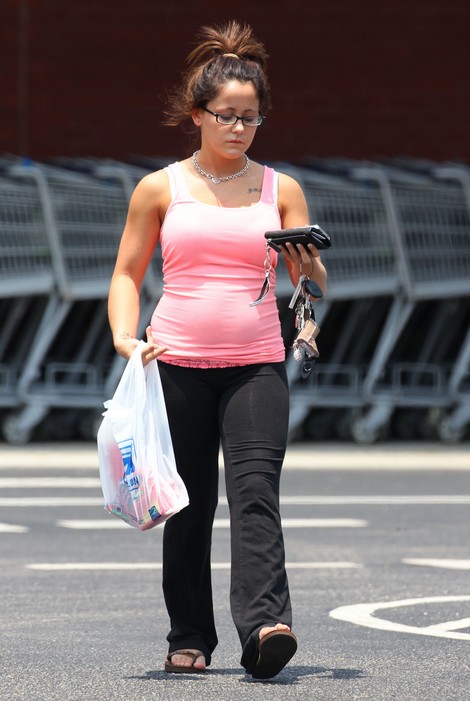 Jenelle Evans, star of MTV’s Teen Mom 2, tweeted a picture of Dalis Connell (Teen Mom Maci Bookout’s ex fiancé Ryan Edward’s ex girlfriend—phew!) in a bra, captioned with the question, “What do you think about this picture?!” Well, that came from out of nowhere! We know the Teen Mom family is a small one, broken into tiny pieces, many of which are addicted to pain meds, but the link between those two certainly is small!

After seeing the pic, Dalis (with whom Ryan broke up several months ago), replied, “@PBandJenelley_1 um seriously? That was like 7 months ago. & not for the public. But  this world is about making others look bad. thanks for feeling the need to put that all over twitter. #notcool” and we agree. It is not cool!

It’s not that it’s a really sexy, scandalous photo. And even if it were, it wouldn’t really matter because the only interesting thing Dalis has ever done is date the guy who impregnated an MTV star. So really, it’s as exciting as if photos of my 70-year-old next door neighbor leaked. Read: not exciting.

Of course, both girls engaged in the war, with Jenelle finally comparing the pic to one of many that Dalis has posted of herself in a bikini, calling it “the same thing.” It really isn’t, since Dalis chose to put up those photos of herself. No word yet on why the bra picture was taken, but hopefully Dalis has learned an important lesson (one that never really sticks with celebs!): if you don’t want nude/sexy pics leaked, don’t ever take nude/sexy pics. End of! How simple is that!

I’m wondering if this is a set up to promote Dalis as a true celeb? Maybe she’ll land a spot on The Bachelor or something?