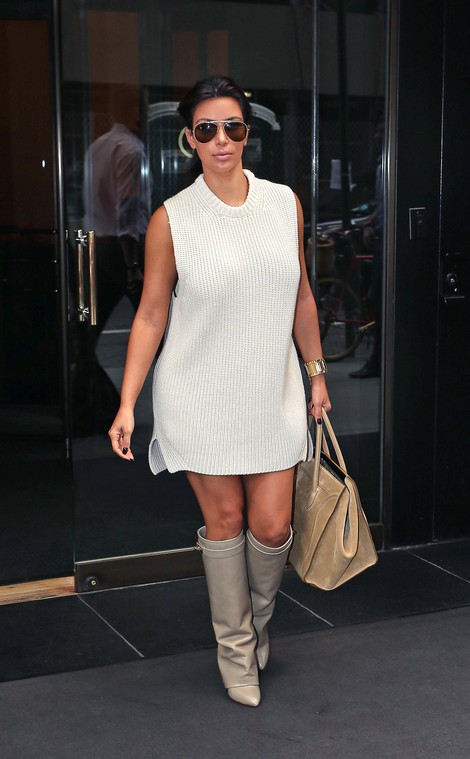 The Botox queen Kim Kardashian is rumored to have given up her addiction to Botox.  Now why would Kimmie do that you might ask?  Well Kimmie made the huge sacrifice to make her boyfriend Kanye West happy.

Kanye is understandable frightened of anything plastic surgery since his mother Donda West died in 2007 as a result of plastic surgery she had.  Kanye has pursued Kim to give up evil Botox.

A source revealed, “Kim quit Botox six months ago.  She realized she’s still young enough that she doesn’t need it… Now that she’s spending more time with Kanye, Kim realizes she got caught up in a very Hollywood approach to beauty.”

Who believes this? Put up their hands now, not me, I don’t see any hands… Kim would rather give up all her Christian Laboutin shoes than give up botox.  What probably happen is she told Kanye she did, but did not!  Would it surprise you to know that Kim is a liar?  Not me…..

What do you think, did Kim make the ultimate sacrifice and give up Botox???