Kristen Stewart Claims That She And Robert Pattinson Are Fine 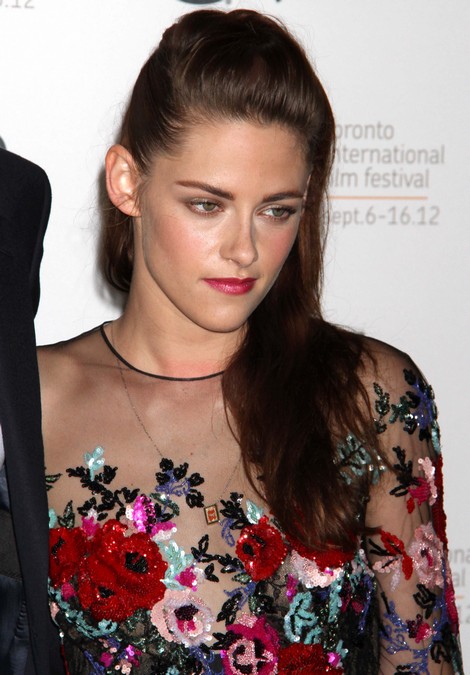 Today has to be the day of whoppers!  Apparently Kristen Stewart who is at the Toronto Film Festival (TIFF) and promoting her new film On The Road told reporters that she and Robert Pattinson are fine.  Sounds like wishful thinking on her part.

During an interview the interviewer broached the subject of the Twilight Saga: Breaking Dawn — Part 2, and the fact that Kristen would have to hit the carpet with Robert to do promotions.  Kristen first explained that she was always nervous hitting the red carpet.  “I was a little nervous, obviously. I’m always nervous before a red carpet,” Kristen said.

Kristen went on to say “We’re going to be fine.  We’re totally fine.”

I think she is being taken totally out of context on this comment.  I do not believe she meant  her and Robert are fine.  I believe she meant they are fine doing the promotional tour.  Again, wishful thinking on her part…. whether Kristen and Robert appear on the red carpet together for Breaking Dawn is anyone’s guess and I wouldn’t bet on it!