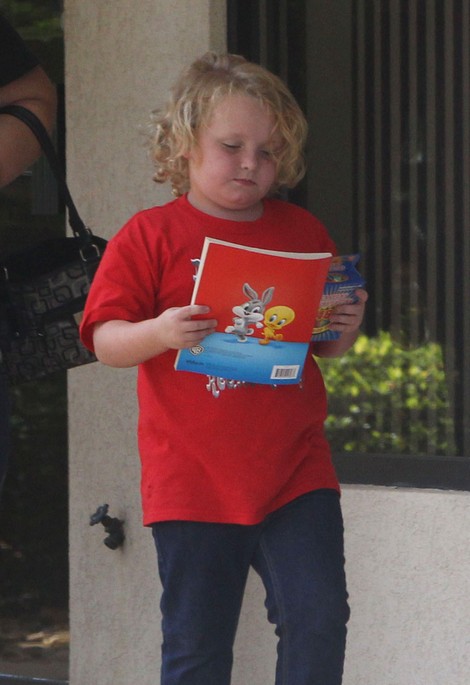 Now, there are a lot of preconceived notions about the family starring in TLC’s new docudrama (because comedies can’t be about child abuse, can they?) Here Comes Honey Boo Boo. For example, I didn’t know that people in the deep south could have premarital sex, but apparently Honey Boo Boo’s (AKA Alana Thomson) older sister did just that—at least twice! I thought those were the states that didn’t allow interracial marriage or babies of wedlock, so it’s nice to see those traditional values broken down in the name of love.

Wait, what? Anna Shannon, Alana’s older sister, was cheating on longterm boyfriend Caleb Clark when she got pregnant. She doesn’t know who her baby daddy is! Does Maury make house calls? In an exclusive confession to the Enquirer, baby daddy # 1 tells the world that “Anna and her mom, redneck matriarch June Shannon, kept him from seeing his daughter . . . they’re refusing to allow him to have a DNA test done to establish paternity!”

That’s probably going to change though. Considering that the family in question referred to the unborn baby as a belly ache multiple times, and 6-year-old Alana once called it “poo-poo,” they’re probably still shocked that it turned out to be a baby. Ex boyfriend knows it’s a baby though. And more than that, he is certain: “Kaitlyn is my daugh­ter – I believe that with all my heart . . . All I want is to know for sure that she is mine, and to do what is right for my baby.”

He reported that he got an email from his girlfriend in which she confessed, “I kinda had sex with someone the week before we did, but I trusted him to wear a condom, but I don’t think he did, and that’s what scares me.” It sounds like Caleb dumped her shortly after, but is positive it’s his. Caleb comes from a broken home and doesn’t want his daughter to feel that pain. I wonder if a paternity test is in the shows future? Probably, but only if it occurs at a hot dog eating contest.

Are you enthralled by the Honey Boo Boo clan of rednecks? Should Anna give Caleb the chance to see if the baby is his? Is your brain cell count diminishing the more you watch?