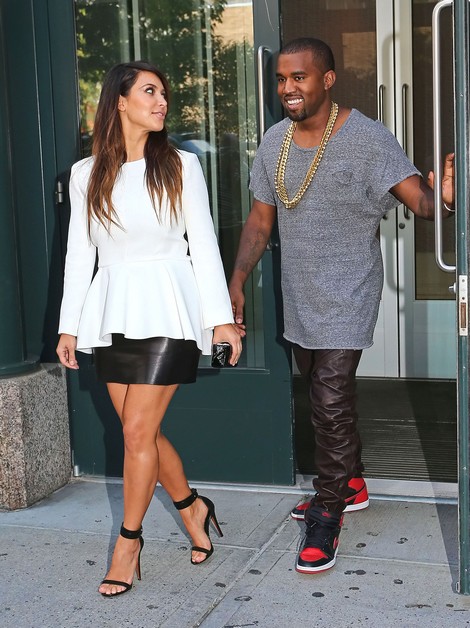 Last week on Keeping Up With The Kardashians, Kim Kardashian proved that her love for Kanye West is true, because she could never sell her heart out for publicity (Kris Humphries has got to be laughing so hard somewhere). So now we obviously know that, in her mind, her relationship with Kanye West is totally legitimate and based on love. It seems like Kanye might not be on the same page, though!

TMZ reported, “Kanye has revealed that he has seen the video tape. In fact, multiple sources have come forward and revealed that Kanye has ‘first-hand knowledge’ of the sex tape and knows details people would only know if they have watched the tape. According to the report, Kanye has ‘used it in the bedroom to get him in the mood with other girls.’”

True love is a beautiful thing! It sounds to me like Kanye just wanted a piece of the Kim K fame! They do have a pretty bizarre relationship, including Kanye seizing all of Kim’s closet and replacing it with “more suitable” pieces. That’s very Tom Cruise of him! Maybe Kanye will later confess he’s a crazy scientologist who has to control everything about his significant other?

So why is Kanye with Kim? Well, he is super short, and so is she, so that works out well. Kim has a super curvalicious body, so that probably helps. Other than that, she’s sort of a twit, with lots of money, who throws all responsibilities out the window when love comes knocking! So Kanye is probably loving that he is the only one she cares about right now. They really deserve each other!