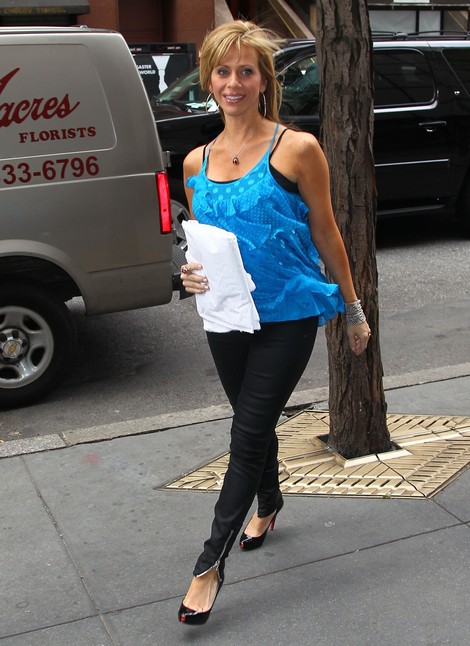 Last night we watched Teresa Giudice retell the California drama to anyone who would listen, including Caroline Manzo’s baby siter Dina Manzo. Dina and Teresa have been close friends for a while, so it isn’t too surprising that Dina was willing to see Teresa’s side of the story. What we didn’t count on was Dina’s wholesale slaughter of her sister. Dina admitted that blood isn’t always thicker than water, and that she used to think it was but doesn’t anymore! Ouch! I wonder what catfight it took between the sisters for her to learn that lesson!

The Housewives are a lot like politicians (except for the education or knowledge of current events) because they can say the same thing thirty different ways. We expect a nice monologue from Dina about love and forgiveness. Instead, we got cold hearted reality bitch! And we loved it! Dina said, “You have your kids, you have your health. Everything else is BS.” And her sister is a part of “everything else!”

She added, “Holding on to anger makes you ugly. Let it go and stay pretty. Translation: dump Caroline and live your life! And it’s great advice! You know what they say: haters gonna hate. And Caroline is an A-list hater! She can’t see past her own nose. She takes everything personally and always plays the victime. We are sick of it! Maybe next year Bravo will swap out the Manza sisters. Dina would be an awesome addition to the cast. She’s like the Jersey version of Brandi Glenville, who guest starred on The Real Housewives of Beverly Hills last season. She tells it like it is and doesn’t give a shit! Keep at it girl!