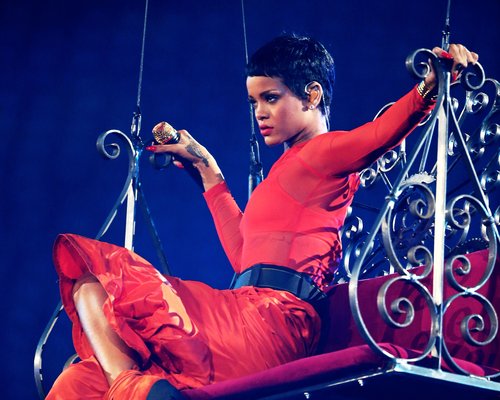 Oh nana, is there another argument? Yup, seems so. Rihanna who performed a the Paralympics Closing Ceremony with fell rapper Jay-Z and Coldplay, was quickly dissed by CNN’s Piers Morgan for her short hair, which he certainly doesn’t seem to like.

Morgan who had been tweeting throughout the closing ceremony – even praising Coldplay’s performance – he was definitely not amused upon seeing Rihanna on his television screen, as he tweeted: “ps I think @Rihanna needs to grow her hair back. Fast.”

Ri didn’t feel the comment was appropriate when she suddenly lashed back at Piers. It didn’t take time for the singer to reply to his tweet, saying: “@piersmorgan grow a d**k….. FAST!!!!”. Now, what’s even worse is that the two are set to do an interview together.

Morgan has been scheduled to interview the worldwide superstar on his show on CNN very soon, to which he tweeted: “Going to be one hell of an interview now @rihanna – bring your A-game, lady,”