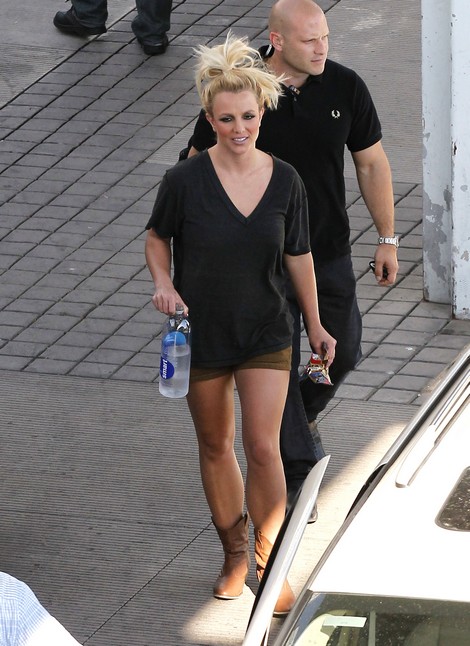 Finally, an end to the sexual Harassment lawsuit filed against Britney Spears by former bodyguard, Fernando Flores. The two year court battle stemmed from Flores’ claim that Britney had a problem keeping her clothes on when he was around- and he had a real problem with that. So much so that he filed a suit well over two years ago, wanting to be awarded money for the emotional damaged caused by seeing Brit Brit’s goodies on a daily basis. TMZ has more on the recent settlement from a source close to the case.

“Flores had alleged Britney would intentionally drop her cigarette lighter in Fernando’s presence and then bend over to pick it up … and “thereby exposed her uncovered genitals”. Flores also claimed Spears abused her children.  Spears adamantly denies all of the allegations — but sources say she coughed up a modest financial settlement just to make the case go away.  We’re told the settlement was amicable … but the money didn’t even cover all of Flores’ legal costs.”

Not exactly an admission of guilt, but kind of, maybe an admission of- something. This guy was Britney’s bodyguard back when she was shaving her head and bashing cars with umbrellas so it’s probably pretty likely that he got an eyeful, often. I mean we all did. The pap’s were on her daily and clothes were an unnecessary object when Britney was riding the crazy train. So while she never admitted guilt she probably knows she did at least some of what he has alleged and just wants it to disappear. Plus a pending suit like this doesn’t jive with the girl next door who is a brand spanking new X factor judge either.

Do you think Britney really did flash and harass Flores or was he just looking to make money off of the circus that he had been paid to babysit? Tell us in the comments below!