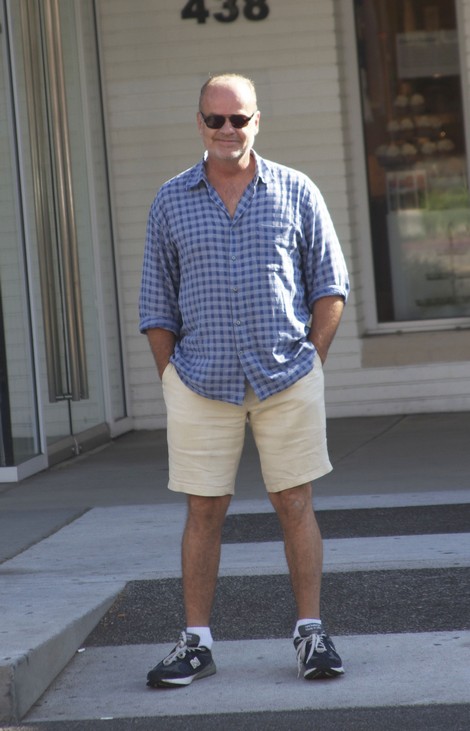 There is still no love lost between former couple, Kelsey and Camille Grammer. If you remember back a few years, he left Camille and his children in Beverly Hills while performing on stage in NYC.  The actor took the job and immediately put together a brand new life with his mistress in Manhattan. Camille was clueless and believed he would be returning after the show ended its run and instead found out through the media that her husband had already laid the groundwork for a life without her.

The two have taken shots at each other to the press and have had a battle over the children who are primarily with Camille. Viewers of The Real Housewive’s of Beverly Hills watched it play out on camera as Camille learned of Kelsey’s new life shortly after filming began.

Kelsey has since married the mistress, Kayte Walsh, and decided to talk to Conan O’Brien to try and clear up some of the rumors that have surrounded the couple.  He insists they didn’t hook up immediately and of course takes a shot at Camille while trying to exonerate himself. Radar Online has more,

“Well we kissed that night…we didn’t do anything much more than kiss for several months,” the 57-year-old Boss star said. “I just wanted to clear that up…she was worth the wait.” I would think that would be difficult,” Conan remarked, to which Kelsey shot back, “Well, for a guy that hadn’t had sex for a decade it wasn’t that hard!”

So if that statement is true, then we’re to believe that while Camille withheld sex from him, Kelsey stayed loyal.  I’m not sure that I’m buying that one for even a second, are you?  I mean, he set up house with Kayte while still being an active husband to Camille so I doubt he was so honorable for years on end.

Do you believe Kelsey’s claims? Tells your thoughts in the comments below!