Miley Cyrus Kissed A Girl and Liked It! 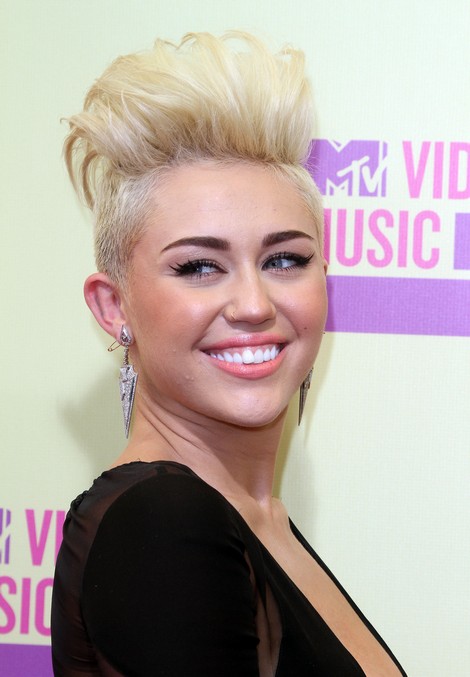 Even the new blonde pixie cut couldn’t hide the fact that on August 23rd it was an incognito Miley Cyrus locking lips with an unidentified woman at NYC’s hotspot, The Darby. The not so innocent, former Disney princess isn’t letting something like a rock on her finger get in the way of some experimental fun. The National Enquirer has more on the young star’s latest activities,

“Miley decided to live a little before she ties the knot,” an insider told The ENQUIRER. “She wants to have some fun and laughs before she gets bogged down with wedding plans.” Miley has always been outspoken over her support of gay rights,” the source continued. “She even sports a small equal sign tattoo on her ring finger to signify her belief that all love is equal. So it’s certainly not surprising that she’s experimenting with girls before she walks down the aisle.”

Do you think Liam Hemmsworth minds his girlfriend smooching other chicks? It’s not the first time that Miley has kissed a girl. In fact back in 2010 the then-17 year old swapped spit with another girl while performing her song, “Can’t Be Tamed”. All of these instances have led to rampant speculation that Miley is gay or at the very least, bisexual.

Do you think she’ll actually walk down the aisle with Liam after getting the wild streak out of her system?  Aside from arguably being too young to get married, could she really be better off with a woman in the long run?  Is this just a young, experimental phase for Miley or years from now might she be out of the closet and enjoying her life as a woman that prefers women?  Tell us your thoughts in the comments below!