Zac Efron Feels Embraced By The Gay Community: ‘What’s Wrong With Being Gay’ 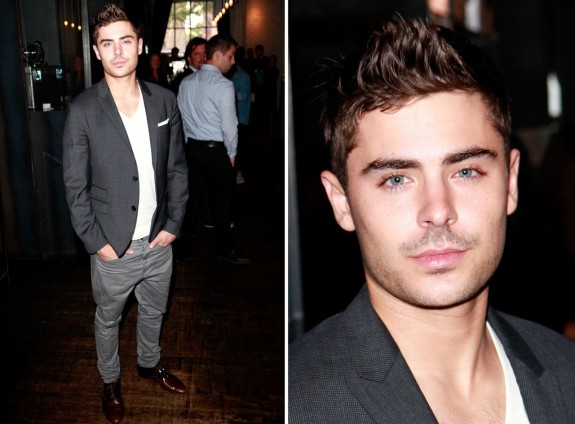 Every now and then, a rumor starts from a blog which has millions of people it’s the truth. Well, one of the rumors that was going around was that actor Zac Efron was a homosexual, and with this kind of a accusation, the person who is being targeted would simply deny this within a second through their representative. Zac on the other hand doesn’t care.

Instead, he feels embraced and flattered by the gay community and people who may question his sexuality. He goes on to say that he doesn’t understand why somebody would be against someone having an affair with the same sex,- it baffles him as he is not the person who likes to live in fear about backlash he receives online.

The 24-year-old actor says: “It’s very flattering. After High School Musical and Hairspray. I’ve always felt embraced by the gay community, and I feel incredibly grateful. I don’t like to live in fear about things like rumors and backlash to begin with – that’s the way I was raised – but I just can’t see what’s so wrong about being gay.”

He added: “It’s an issue that affects so many people in my life – a lot of my close friends and some of the most influential people around me. I just want them all to be happy. It would make me so happy to see them able to live their lives and do what they want to do.”