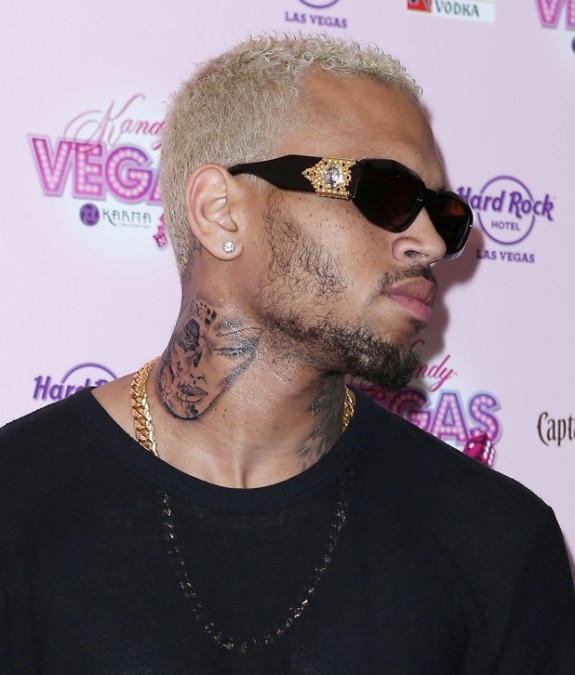 So, this is just stupid. Chris Brown has a new tattoo, which has caused so much stir in the press. From one side, people can easily say it’s Rihanna – if you didn’t know, it’s a tattoo of a bruised woman, while others say it’s just a piece of art. Chris who debuted the tat earlier this week seemed angry over the fact that people were saying it was Rihanna on his neck – he feels that the media are just looking to start drama.

Brown’s representative cleared up anything or anyone that had thought the image on his neck was a picture of Rihanna. The rep says: “His tattoo is a sugar skull (associated with the Mexican celebration of the Day of the Dead) and a MAC cosmetics design he saw. It is not Rihanna or an abused woman as erroneously reported.”

If the image is indeed of Rihanna, it would be very awkward when the to meet again, seeing that Ri gave Chris a nice, big, fat kiss at the Video Music Awards in 2012. Unless he is trying to tell us that he condones violence and doesn’t care about what everyone else thinks. That must be why his music isn’t selling like it was before he beat the hell out of Ri!