Teen Mom Star Amber Portwood Wants To Change – Should We Believe Her? 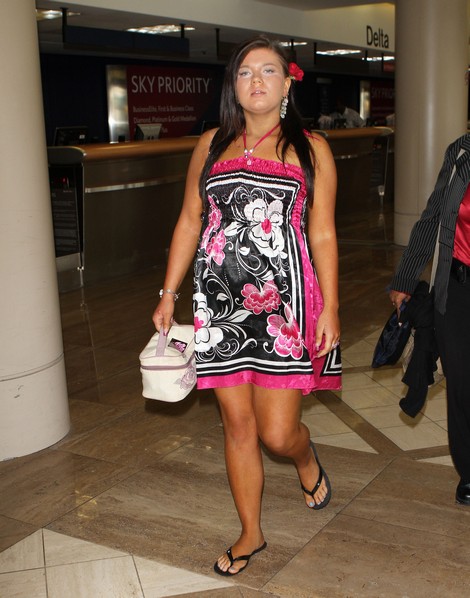 Amber Portwood, the embattled reality television star from the hit show “Teen Mom” has released a statement from prison which coincided with her reality show’s reunion special that aired Tuesday night with Dr. Drew. In the statement, Amber revealed how she “got lost” in drugs and how her goals have shifted towards becoming rehabilitated so that she is able to become a mother again for her 3-year-old daughter Leah.

In the sorrowful, but hopeful statement, Amber revealed, “Right now I’m trying to figure out what I’m doing with my life. I guess I just got lost. I went to jail because I had an addiction to opiates. You live and you learn and that’s real. It was time for me to stop partying and realize that even though I’m 21, I’m not a normal 21-year-old—I’m a mother. Which means I have to grow up quicker and start acting like a mother.”

Many readers might know that Amber voluntarily chose to serve out her five-year jail term, instead of “complying with the terms of her court-ordered drug program after violating her probation stemming from a December 2011 arrest for drug possession”.

On a lighter note, Amber explained what the future might hold for her three-year old daughter, “My No. 1 priority right now in life is dedicating my life to being sober, to being a sober person. And to show my daughter that people make mistakes but you can always come back. If Leah learns anything from me she should see how becoming a teen mom can change you. How everything is postponed.”

Teen Mom was an exploitative and gritty look at an epidemic which is facing the United States, but Amber did not see her appearance on the reality television show as anything but hopeful and important. She continued in the statement, “We made the show for a reason…some decisions change your whole life. If you don’t want to take responsibility and use protection, don’t have sex. One night can change your whole life into a sad story.” Amber, who has been described as a mean-spirited person, also opened up about her image on the show and said, “I want to show everybody that I can do it and I can start living a straight life and getting my family back in order.”

This declaration of change and optimism might be a bit naïve and we’ll definitely have to see whether any of the words Amber used in her statement will ring true one day. Until then, the teen mother is spending the next few years in a prison cell in Indiana, wasting her time by focusing on her fleeting celebrity status.

Let us know in the comments below if you think Amber will change.