Heidi Klum Confesses to Katie Couric: I Slept with My Bodyguard 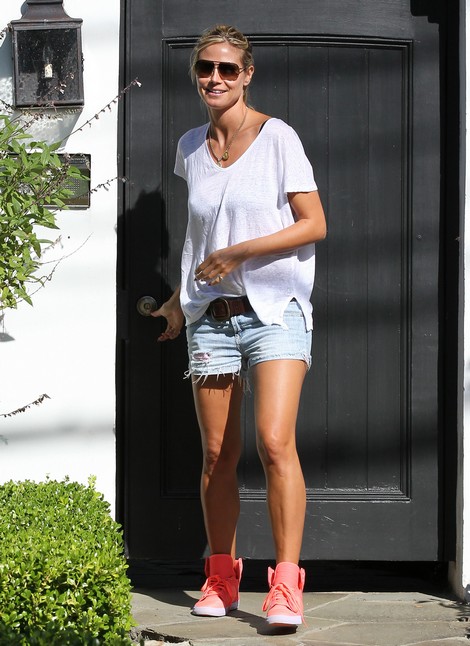 The divorce of Heidi Klum and Seal surprised us all. But we never expected Heidi to move on so quickly! Just months after announcing their divorce, we learned that Heidi had found love again—with the help! We reported that Heidi Klum was seen on vacation in Italy with one-time bodyguard, now lover Martin Kirsten.

Although their divorce isn’t legally finalized, Seal has been seen with other women too, so he is definitely unjustified in saying that Heidi was cheating! Heidi told Katie Couric on her new talk show Katie, “I never looked at another man while I was with [Seal] . . . he’s moved on, and so have I.” We don’t doubt the truth in that! Seal acted especially during an Ellen appearance, when he sang about eternal love and still wore his wedding ring! Remember? He claimed they made a promise to love each other, and that that promise wasn’t broken and so he would still sport the ring? Well, no surprise, he finally took it off!

Heidi continued to describe her new path. “I do want to date again. I don’t even know where it’s going to go,” she said of her bodyguard boyfriend. “He’s cared for our entire family, mostly for our for children . . .  I trust him with my children’s lives.” A good quality in a beau, for sure! But I want to know: did you get a new bodyguard? Did Martin get “upgraded” from help to hunk, and then fired? Are there union laws about this sort of thing? And what do the kids think? No hate to Heidi for dating again—it’s just a unique situation!